13 Comments
Being Human, Random, Stuff I Want to Help Others With

I feel good today. Because Walmart screwed up. Twice.

A few days ago, I found a brown package tucked behind a planter on my front porch.

Could it be one of those two books I ordered from Walmart?

I had received an email from them informing me that my orders had been cancelled the day after taking advantage of price glitches on their website to order $50 worth of books for about $11, including a small shipping charge. So I guess they screwed up twice. Yay me.

I had made the joke in the first post that I was going to read Malcolm Gladwell’s Outliers—which I’ve never read—and use its contents to propel me to unimaginable success as I continue to move forward in my personal and professional life.

Then, you know what I’m going to do?

And a decade from now?

I’ll be tall and rich and smart and funny and getting laid and happy. Everyone’s going to be like: “Hey Matt! You’re so amazing and happy and sexually active! How ever did you pull off this magnificent life!?!?”

And I’ll say: “Walmart.com, baby. A glitch in The Matrix. I seized opportunity.”

They won’t know what the hell I’m talking about.

So, I picked up that package. I smiled. I opened it.

And sure enough, it was Outliers. And I thought to myself: Hell yeah. I just got a good deal. Because I try hard to keep my promises.

And then I got excited.

Because I’m going to be so freaking tall and rich and sexually active now.

The world is mine.

There are many nuanced, well-researched and brilliant observations made by Gladwell in this book (Which I haven’t started reading yet. I’m afraid of the growth spurt and having to buy all new clothes).

But the one most people seem to focus on is the idea that to master something, we need to spend 10,000 hours doing it.

All the greats do.

So, I began a crude analysis based on lots and lots of possibly incorrect guesswork.

3. From age 19-21, during my college years, including countless hours in the college newspaper’s newsroom and my summer and winter break internships, I estimate spending about 1.5 hours per day writing. For three years. That’s 1,643 hours.

4. From age 22-34, during my professional career, including even more hours in daily newspaper and weekly business publication newsrooms, operating my own freelance copywriting business, working in internet marketing in my current job, and all of my private writing including what I do here, I estimate an average of 2 hours per day writing. For 12 years. That’s 8,760 hours.

The Definition of Success

My mom always defined success as getting paid to do something you love.

In the grand scheme of writers, I’m probably even paid well.

But I want more. Because I’m selfish and greedy and want to go on vacations and have an in-ground swimming pool and maybe even a really fast car I don’t drive very often.

Also, I wouldn’t mind having financial security for my son.

Okay, fine. And maybe I would try to do a little good with it when I wasn’t busy sipping fine tequila by my pool while writing books people actually wanted to read.

And while I appreciate what my mother is saying, I can’t agree. I won’t agree. Because I don’t feel successful.

I feel grateful. But not successful.

He makes a lot of money now after pulling himself out of poverty and making a good career move in his late 30s. He reminds me all the time that we were all just as happy back when we were clipping coupons, driving shitty cars, and living in mega-humble conditions along a Mississippi River tributary. And he’s right. We were very happy despite the absence of money.

I know that money will not make me happy. I still want some. But I know there are wealthy people who are miserable. Money does not fill the voids in their minds, hearts and souls.

That can only come from love. And spiritual balance. And good health. And family and friends. And gratitude. And generosity.

Merriam-Webster defines success as “the fact of getting or achieving wealth, respect, or fame,” and “the correct or desired result of an attempt.”

Because that’s what I always want to happen—no matter what we’re talking about. The correct thing. Whatever’s best.

Since the day I decided to pursue writing people have asked me what my goals were.

It’s so easy to say you want to have a novel published. And I always have. That was always my canned response.

But that’s bullshit. Because I can write a terrible book tomorrow, self-publish it, and fire it out to the world in hopes that a sucker or two reads a third of it.

Writers want to be read.

And I remember always saying that, too.

Then I’ll have done something. I’ll have been successful.

I’ve put in my 10,000 hours. Paid my dues. And I’ll continue to pay them because I have a love affair with the keyboard.

Think about all of the things in your life you’ve put 10,000 hours into.

You’re a master of something.

It took a Walmart pricing glitch to see it.

And so are you.

Let’s go dunk on somebody. And be awesome. 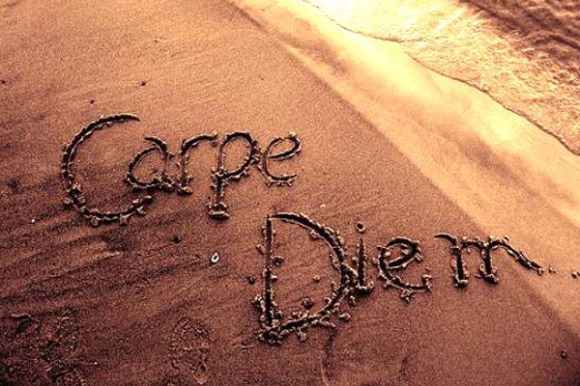 Popular video game Grand Theft Auto V was marked down to $18 and had sold out. Many toys and books and other items were marked down as much as 85 percent.

I overheard a co-worker mention it. It generated some office buzz. We got online and laughed at some of the prices, including Teenage Mutant Ninja Turtles action figures priced at $369.99.

There was either a glitch on the back end of Walmart.com’s web pricing, or someone hacked the site.

I plugged in my debit card info and ordered both books. $11 with a small shipping charge for the Gladwell book.

I texted a couple people about it encouraging them to take advantage, knowing full well this was a pricing mistake and that Walmart was losing money each and every time someone ordered something at these prices.

Is this who I want to be?

Is it okay to do what I did this morning?

Of course it’s not okay.

It’s fundamentally no different than a bank truck getting in a freeway accident, having the bank’s money flying all over the road, and being one of the people who snatches up as much of it as possible and drives away.

I KNEW Walmart wasn’t having a special sale. The evidence was obvious. There was a glitch. A mistake. There was even the possibility that some rogue hacker had caused this, and here I was trying to capitalize on it. Near as I can tell, I swindled Walmart out of about $30 by ordering those two books this morning.

Would I ever walk into a Walmart (*shudder*) and just steal $30 worth of goods? Not a chance.

So, why did I think this was okay? Why was my instinct to jump all over what I saw as an opportunity to capitalize on the misfortune of others?

They’ve been using brute force and high-volume buying power to put competition out of business for years. Little mom-and-pop shops all over the United States and presumably other countries are just shutting down because Walmart’s bean counters decided they could turn a huge profit by opening a new store in a particular location.

It’s a small-business death knell—the news of a massive discount retailer moving into town. At least for any small business that sells similar wares as Walmart. And Walmart sells an awful lot of stuff.

Walmart makes all of its money doing EXACTLY what I did this morning. Jumping at an opportunity to get more for less.

I don’t really know how I feel about it. My guilt meter isn’t exactly going off the charts right now.

In fact, my co-worker JUST came back from Walmart where she’d ordered some things at huge discounts and Walmart refused to honor the purchases she’d scheduled for in-store pickup. They canceled the orders. My co-worker didn’t argue with them, she said.

In my case, I asked for my books to be delivered to my house. I even paid the delivery fee for one of them. It will be interesting to see whether Walmart treats my order differently as a result.

I don’t particularly care either way, but in the end, I’d like to see my books show up on my porch one of these days.

Then, you know what I’m going to do?

And a decade from now?

I’ll be tall and rich and smart and funny and getting laid and happy. Everyone’s going to be like: “Hey Matt! You’re so amazing and happy and sexually active! How ever did you pull off this magnificent life!?!?”

And I’ll say: “Walmart.com, baby. A glitch in The Matrix. I seized opportunity.”

They won’t know what the hell I’m talking about.