Hey, Match Girls: Piss Off. You Had Your Chance. 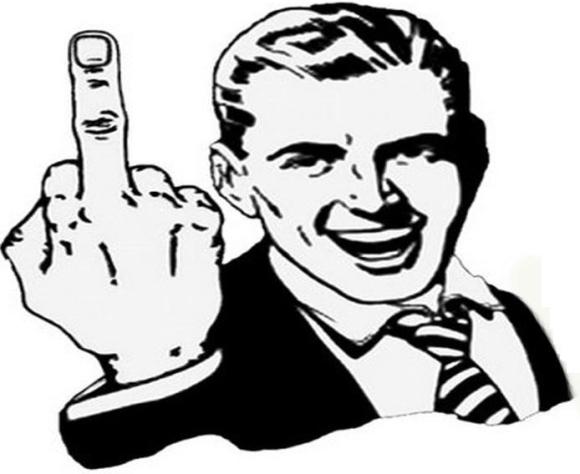 Hey Match.com! Stop sending me email. I already broke up with you.

Now that I no longer have an active Match.com account, women are emailing and “winking” at me, left and right.

The decision to discontinue online dating was a thoughtful and deliberate one.

First, I considered my options and was leaning toward re-upping my membership for another three months.

Then, I thought: Screw it. And decided to move forward with just Two Poles in the Pond.

Match to Customer: We’ll Be Watching You

I canceled my membership. And I unsubscribed from Match’s email list.

I work in email marketing. When someone unsubscribes, you’re supposed to take them off your send list.

Those cocks at Match are geniuses, though. They have, like, 14 different lists. Oh, you unsubscribed from one of our lists? Don’t worry! We’ll still send you dozens of DIFFERENT kinds of emails!

For three months, they let my profile ride. The results were poor. It made me sad to realize just how undateable I was online.

This stupid guy, again! How much do you want to bet his wife left him for a tall, rich guy? I bet he doesn’t even have couches in his living room! Bwahahaha!

This blog got its name because of the tendency of every woman on the planet to prefer men who are at least 6’0” tall.

They don’t care about personality. Or intelligence. Or employment status.

They don’t care about kindness. Or sense of humor. Or anything like that.

Just be six-feet tall and maybe have a bunch of tattoos! And for the love of God, don’t have any children.

I had an active Match account for three months.

If I logged in at all, this is how each experience went down:

This is the kind of rejection I could have done without every single night alone in my bed while another man stuck his penis in my wife.

Match to Customer: You Can Check Out Anytime You Like, But You Can Never Leave

Fine. I don’t need this shit! Piss off, Match! I’ll meet someone the old-fashioned way when I’m good and ready!

If you’re a guy under six feet who has cancelled a Match account before, I bet you know what happens next!

I get INUNDATED with emails from Match telling me every time someone sends me an email or a wink.

It happens all the time! Right now, I have a big pile of winks and messages from mystery women floating out there in Matchland.

It’s a communist plot to get me to renew my membership. I know it. Match has a bunch of chicks they pay $4 an hour to write notes to and wink at all the guys who try to walk away.

And every other day, we get these little notifications.

“Hey Customer! All these girls are TOTALLY interested in you! They love that you’re 5’9”! They love that you have a kid! They are DYING to come to your house and camp out on your living room floor and give you back massages and run their fingers through your hair! Don’t give up! You’re really not a loser! And for a limited-time, you can find out we’re not lying to you for just $19.95 for three months!”

There will probably come a day where these tempting emails will get the best of me.

“Dear Matt, you have 26 unread emails in your inbox! Sign up now to see who’s interested in you!”

And I’ll break down and give them some more money.

Most of the girls will be felons, or have a dozen children, or live in other states, or have clubfoot, or try to convert me to Satanism.

But there will be one, I bet. One who’s an absolute angel.

My heart will pitter-patter. And I’ll respond.

“Hey! I’m really sorry. I had to quit online dating for a while because Match is soulless and evil. I’m really flattered by your note. That’s cool that we live so close to one another and enjoy all of the same things. If and when you feel like it, please write back, let me know whether you’re still single and whether you’re still interested. I’d love to talk you. Please take care in the meantime!” I’ll write.

“Hey. Thank you for writing back. That was so nice of you. I’m really sorry to tell you this, but I’m dating someone now.

“And the truth is, I didn’t see before that you were a father. I hope this doesn’t sound mean, but I just don’t date guys with kids.

I hate you, Match.

Two Poles in the Pond

I may catch fewer fish. But at least they won’t look and smell like this.

My neighbor Ryan is going to be so disappointed in me.

I changed my mind and canceled my online dating subscription yesterday.

I just wrote a week ago that I was going to renew my subscription. And under normal conditions, I really prefer to do what I say I’m going to do.

But I feel good about my decision which probably means it’s a bad one.

I wrote to one final girl yesterday. We have a lot in common. She’s pretty.

My note was charming and funny.

She didn’t write back.

Maybe she didn’t think I was tall enough.

Maybe she thought I looked fat and ugly.

Yeah, sure, it’s one of the Three Poles in the Pond.

But I’m done. Or at least going on a long hiatus.

“You’re too hard on yourself, Matt.”

“You should hold your head up high, Matt. You’re a great catch.”

“You’re amazing. You really are. Any girl would be extremely lucky to have you.”

I hear this crap all the time. From married women and old friends and my grandma.

It’s nonsense. I appreciate their endless concern and support. I like to say nice things to people too.

But I’m me. I’m the guy walking around in this bag of bones. And I need you to accept this as truth: Whatever life skill I possessed that attracted girls in my youth (physical fitness?), I possess in much less quantity now.

My best trait is my kindness and friendliness.

I can be a little obnoxious and over the top, sometimes. I’m not for everyone.

But occasionally, I do charm members of the opposite sex with my personality.

And despite my ability to string grammatically correct sentences together, women online still apparently prefer the 6’2” meatheads who type: “ur hot. we shoudl meet so u can play w/ my uncircumsized penis.”

If I’m really motivated to meet new people, I need to be out in the world doing it. Not stuck behind the same computer screen where I spend so much time punching the keyboard typing things I hope people I don’t know will read and people I do know, won’t.

I need to be out. Smiling. Having good times. Being adventurous. Feeding off the intoxicating energy of others having fun.

I went to a party at my neighbor Ryan’s house this past Saturday. I met a girl named Stephanie. Ryan incorrectly assumed I was trying to sleep with her, even though she is his fiancée’s oldest childhood friend, 10 years younger than me, and I have a conscience.

But it was nice meeting someone and having a good time. She had made Jell-O shots. We ate a bunch. We snuck off to smoke cigarettes. She was my Beer Pong partner despite having a complex about how poorly she plays it. It was fun.

And those are the moments I want to keep having, rather than having scary women reach out to me online. And that’s another thing…

“Are your standards a little high, Matt?”

“What kind of girls are reaching out to you, Matt?”

Is it mean to say fat and stupid even if it’s true? I think it is. I HATE being mean. Hate it. I’ve carried on email conversations for a couple weeks with a few women I would never date but just didn’t have the heart to tell them so.

“What is it that you’re looking for?”

Forgive me Person Who Thinks I’m Reaching for the Stars, but I don’t think this is that much to ask for.

Who do you respect more? The art history professor or the artist?

Who do you look up to? The college journalism instructor or the crime beat reporter at the local daily?

Who do you aspire to be? The person who’s well read or the person who lived? Really lived?

I don’t want to be one of the railbirds. I want to play in the poker tournament.

I don’t want to watch Sideways. I want to drink in the vineyard.

I don’t want to look at women on a screen. I want to wake up next to one.

I want the next date I go on to be with someone who wants to be there.

Someone I at least kind-of know.

So when she tries to pull some stupid shit like doubling all the guacamole ingredients, I can step in and save the day.

For both our sakes.