Pain is History’s Most Effective Influencer of Human Behavior 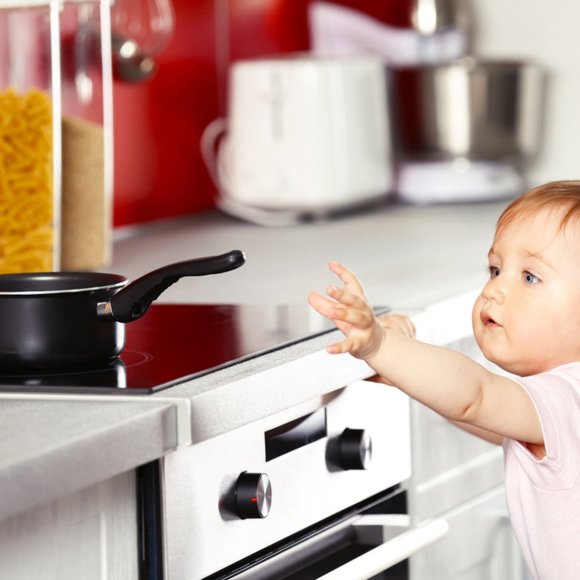 I don’t know how many times I had to be burned by the hot steam that escapes a simmering pot after removing the lid before I learned how to do it without getting hurt.

Same with boiling water, or drinking hot liquids without giving them time to cool.

When I was in college, I had to drink 101-proof liquor while it was still on fire in order to learn not to do it anymore.

I have no doubt that my parents, teachers, and other adult guardians such as my grandparents and babysitters regularly communicated to me that I shouldn’t touch hot things because I would get hurt if I did.

But, either through thoughtlessness, recklessness, or simple ignorance, I still managed to burn myself dozens of times in my life.

If I did something which resulted in a painful burn, I usually didn’t do that again.

If I did something which resulted in a painful cut on my hand, I usually didn’t do that again.

If I did something which resulted in a painful financial expense, I usually didn’t do that again.

Do you think there’s a chance that even one person in human history (after the invention of fire) truly learned to avoid touching hot things without experiencing a painful burn wound somewhere along the way?

I can’t prove it. But I’m thinking not.

My son didn’t learn not to touch hot things because his mom and dad are amazing communicators who beamed that critical life information into his head with our brilliant words.

It’s because he did a bunch of reckless little-kid shit like all of us did and got hurt a million times. Now, he’s marginally better at not hurting himself because pain-avoidance is what most living things are already programmed to do.

Something happens. It’s awesome. Do that a bunch more times.

Something happens. It’s horrible. Avoid doing that ever again.

Cause and effect. It’s how we learn pretty much everything that helps us avoid death and dismemberment every day.

All of you knob sanders can save your whiny retorts.

A. A shitty husband who KNOWS he’s shitty and that he’s intentionally damaging his spouse and marriage every day, in which case you can go grind some more knobs and piss off, or…

B. A shitty husband who DOESN’T know he’s shitty and that he’s unintentionally damaging his spouse and marriage every day, in which case you’re EXACTLY like the kid who doesn’t know that touching the grill lid is going to burn him. There’s a difference between being a moron, and truly NOT knowing something you couldn’t possibly know. Not your fault at all. It doesn’t make you a kid. It makes you INNOCENT up to a certain point. Or…

C. You’re someone this doesn’t apply to at all, which makes you the least knob-cobbling person here.

This isn’t really for you guys anyway.

It’s for your desperate, crying, pissed-off wives who are trying to figure out why you don’t love them anymore.

The thing I know that they don’t, is that you more than likely do love them. Very much. And that you are largely unaware of the pain and frustration they’re feeling every day.

If both of you told someone the story of your marriage, it might sound very different.

Your wife and/or family mean everything to you. And whenever the subject comes up, you tell anyone who will listen how much you love and value them.

And you actually believe it. You feel it.

But your wife doesn’t feel it.

There isn’t just one reason why. There are dozens, including things that happened 10 years ago that you don’t even remember anymore.

It makes sense that you don’t remember. They didn’t matter to you at the time. They were the equivalent of room-temperature water sitting on the stove. They were the surface of a barbecue grill that hasn’t been fired up in weeks.

It’s your wife I’m talking to anyway. Because it’s getting harder and harder to write to you. You think you’re right. You think I’m wrong about your marriage. And that’s fine. Maybe I am sometimes. There’s no chance everyone’s marriage is just like mine was, nor that every married couple is just like my ex and I were.

I assume you will continue to keep touching stuff and getting burned until the consequences hurt enough to start doing something differently.

Telling someone that their feelings and perceptions are either right or wrong seems pretty useless, but we spend a lot of time doing or at least thinking it.

It’s really easy for me to stand up and walk to the other end of the room.

If a quadriplegic tells me that it’s hard for them to do that same thing, how valid or useful is my opinion anyway?

A husband’s or boyfriends’ incessant dismissal of his wife’s ‘complaints,’ or frequent invalidation of the things she says matter to her—it’s a marriage killer.

Regardless of gender or marital status, a spouse or romantic partner on the losing end of those exchanges over the course of several years will FEEL as if their spouse doesn’t love them. Maybe even hates them.

After all, why would someone who loves me repeatedly do things that hurt me even after I said they hurt me?

I don’t know how to stop it.

I’ve been writing the same crap for more than five years. If I had the words that actually moved the needle, I’d use them.

Every day, several thousands more people end their relationships, and at the root of that split is THIS dynamic.

I want to encourage your wives to be patient with you like we’d expect them to be with children. Moms understand that their children weren’t intentionally running around trying to break things or burn themselves.

Those same women who are exceedingly loving and thoughtful and patient with their children frequently demonstrate an inability to provide that same level of patience and forgiveness with their spouses.

Which is sensible enough.

She didn’t marry a kid intentionally.

She’s not sexually attracted to children.

She had the expectation upon exchanging wedding vows that having an adult partner for the rest of her life would enhance adulthood. That it would be better to have a built-in support system. A financial and sexual partner. A parenting partner.

People get married because they believe their lives will be better afterward.

And then, like touching an extremely hot surface, sometimes we learn the hard way that that isn’t true at all.

When marriage makes your life harder and shittier, you start to believe that your life will be better if you stop being married.

And once someone starts believing that? Party’s over.

Just maybe she’ll actually buy the idea that you honestly don’t know that what you’re doing hurts her, and just maybe when she truly understands that you’re innocent of trying to cause intentional harm, she can find the right words and tone to reach you.

To convince you not to do that thing that’s going to hurt later.

Someone asked me recently whether I could have learned how to stop hurting my wife WITHOUT her leaving me. If there was some magic combination of words that might have worked.

The answer is no.

I was certain—CERTAIN—that I had a firm grasp on things. That I was smart. Decent. Good. Correct.

That if something didn’t seem painful to me, then it must not be painful to anyone else.

And if they tried to tell me it was painful, then they must be mistaken.

And if they’re mistaken, I must help them see things more clearly.

I ran up to my wife every day for several years and kicked her in the shin, and then when she said “It hurts me when you kick me in the shin,” I treated her like an asshole incapable of evaluating for herself whether something actually hurt or not.

I can’t be certain that had my wife changed her approach and communication strategy that it might not have more effectively helped me understand then what I know today. But I’m certain that nothing was ever going to change without someone trying something different.

She finally did when she took off her ring and found a new place to live.

I did things which resulted in a painful divorce. I can’t prove that I won’t do some of those same things again. After all, I’ve burned the roof of my mouth with hot food or drinks several dozens of times.

But for the same reasons that I’m intellectually aware of all of the potential burn hazards out there that I mostly succeed at avoiding in my daily life, I feel pretty confident that I’m unlikely to repeat the same behaviors I believe are directly linked to the slow and unpleasant death of my marriage.

But the cost of acquiring that knowledge was really expensive. And I don’t mean money.

I felt burned everywhere. Inside and out.

And for the first time in my life, I felt enough pain where death didn’t feel like such a bad thing. I was more scared of hurting that much forever than I was of dying.

Perspective is a powerful thing.

Before I put my hand in fire, I didn’t know it was hot, even though someone warned me about it.

Sometimes, maybe you just have to hurt bad enough to learn what not to do anymore.

I hope someone proves me wrong.