What Being Drugged and Robbed Taught Me About Rape Culture 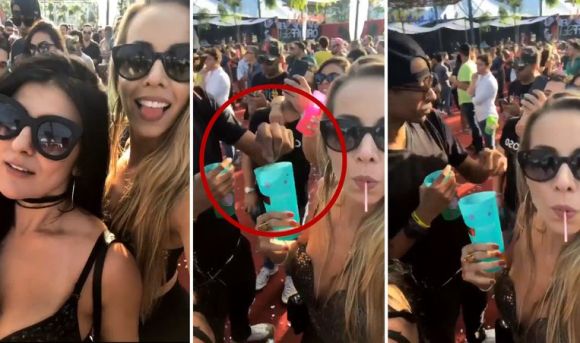 I’d only been conscious for a half-hour or so, and I was fighting tears because as a general rule, I don’t cry in front of my friends unless things are very, very bad.

This was close. Maybe just one ‘very.’

But one of my first and most potent thoughts was the realization that this is what women have to be mentally and emotionally vigilant against ALL THE TIME, and I’d been privileged to live more than 40 years without giving it a second thought.

Again, I can’t prove I was drugged. But it’s a theory everyone, including the police detective, seems comfortable accepting since it’s unusual for lucid people to hand over their ATM cards and mobile phones to strangers and tell them every passcode and PIN number necessary to extract and transfer the maximum amount of money.

I guess I’ll just ask you to take my word for it that I didn’t intentionally lose track of five hours, nor did I volunteer my phone and wallet to strangers.

If I couldn’t demonstrate that the theft occurred, I’d just be another asshole who lost all of his stuff after a late night in Las Vegas.

“So, you’re saying that you were out drinking with friends, and the next thing you remember is waking up in the stairwell of YOUR hotel with no shoes, no phone, and no wallet? Are you surrrrrre you didn’t just misplace your things, silly? How much did you have to drink? Can you explain who might have wanted to drug you? Can you tell me ANYTHING about the people you claim did this to you?”

These are all fair questions, objectively speaking.

My “saving grace,” if you will, is that people I don’t like very much took all of my money, and I can prove it. It lends credibility to my story.

But what about the thousands—perhaps millions—of women who have this EXACT same story, except instead of being a target for financial theft, some monster used a drug to effectively take away her free will, and then take things away from her that can’t be replaced like my stupid phone, money, and driver’s license can be?

One of the three friends I was with is a super-pretty woman about 10 or so years younger than me.

I kept thinking and saying: Thank God it was me and not her.

I was shaken by the incident. I’m not inclined to minimize it because I know how heavy it felt for a minute, but I was honestly back to normal more or less one week later.

When women (or men) are physically violated, they lose things that can’t be put back together in a week, or ever.

Because let’s be real. If I’m stone-cold sober instead of living it up at The Golden Nugget, this probably doesn’t happen.

And I’m reminded that women sometimes blame themselves, or are victim-blamed by investigators, attorneys, or people they turned to for support after enduring an unimaginable horror.

“So you were wearing a low-cut cocktail dress and heels? Not exactly the image of purity, is it?”

“Oh, you agreed to go to a bedroom with him, but you DIDN’T agree to have sex with him? Hmmmm.”

“So you were drinking alcohol and now you’re saying your memories are fuzzy so someone had to have drugged you? Tell me again how much you had to drink before this alleged ‘drugging’ occurred.”

I used to wonder why a large percentage of rape victims reportedly never file a police report.

I don’t wonder about that anymore.

The #1 Lesson I Learned From Being Drugged and Robbed

The most important takeaway from this incident has nothing to do with me. I’ll certainly be more careful in the future when I’m out in similar environments.

It’s now much easier to understand why some women (especially when alone) are standoff-ish or cold when strange men try to strike up conversations with them at a bar or store or wherever.

You don’t have to look hard to find stories from ego-wounded men who felt mistreated and rejected by a woman he was attracted to, interested in, and worked up the courage to talk to.

Those stories help fuel the so-called Men’s Rights movement. Of these “bitchy,” “judgy,” “self-righteous,” “stuck-up,” women who reject the well-intentioned advances of men who wanted to talk to them or buy them a drink.

Maybe some of these women are actually mean. It’s not awesome to be mean, but it’s a choice. A legal one.

But what if they’re not? What if what we’re interpreting as ‘mean,’ is something else?

One of the most important skills we can have as humans—particularly in our closest interpersonal relationships—is the ability to identify and understand the OTHER true versions of the story we just experienced.

Is that an insanely reckless and inconsiderate asshole weaving in and out of traffic, endangering everyone around him with no regard for others?

Or is he rushing his deathly ill child, or pregnant wife who has gone into labor to the nearest hospital?

Context always, always, always shifts the perspective or prism through which we look at things. Context provides understanding. It provides accurate interpretation and meaning.

Simple context can make an extremely painful incident something that doesn’t hurt at all.

Ohhhhhhh. THAT is why they did that! I would have done the exact same thing if I was in the same situation. I wish I wouldn’t have jumped to conclusions and felt so bad about that. I wish I would have asked better questions before thoughtlessly reacting.

These are the ideas my clients and I discuss regularly in our coaching calls.

These are the ideas that help different individuals, different political groups, different religious denominations, different races, different cultures, and people practicing different lifestyles co-exist without being insufferable cocks that no one likes to one another.

Life, once again, has gifted me with an evolved perspective. With a more accurate lens through which to view social interactions from both my point-of-view, and others’.

I’m grateful to be alive.

I’m grateful for the short turnaround time recovering from an extremely troubling incident.

And I’m grateful for the opportunity to once again grow into a wiser more-evolved person with a greater sense of empathy and understanding for a scary thing that millions of women, and surely a lot of men too, have suffered through, and that I’ve been largely blind to, because I had the unearned luxury of being so.

Here’s to fighting the fights that need fought.

And privately, silently, from the shadows.

Much love to all.