How to Change Your Shitty Husband 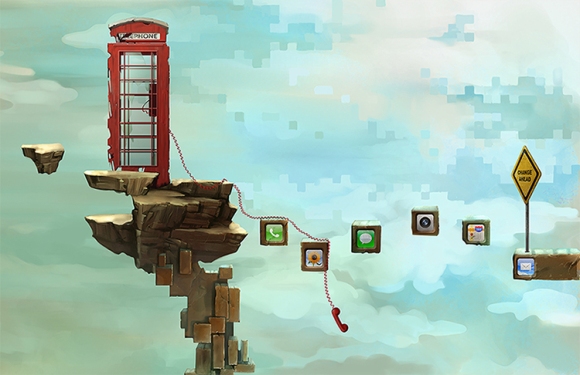 Image/”Change Ahead” artwork by Ed Myers

“I fucking hated you,” she said.

“I hated you because you’re the guy who made a damn name for himself because he was a self-proclaimed ‘shitty’ husband, which he was. The adoration and praise you would get from women for telling the damn truth about your ignorance in your relationship nauseated me.”

Today would have been my 15th wedding anniversary. If I wasn’t divorced.

Instead, it’s the sixth anniversary that isn’t.

Things changed. I changed, even though the angry reader might not think that’s worth anything.

“Just asking for you to evaluate me based on today instead of yesterday,” I replied.

“I am every woman who sacrificed for the wellbeing of the family until she realized that she’s wasting away to nothing and no one was going to notice.

I didn’t make a name for myself. I’m just the guy a handful of people know about who learned how to see that which was previously invisible, and now people want to know the secret.

Men afraid of losing their wives or girlfriends ask me to work with them because they want to learn how to see it too.

Women afraid of being forced into the same situation I forced my wife into—having to choose between mental and emotional health, and divorce—ask me to work with them or to at least help them understand how they can help their husbands or boyfriends to learn what I’ve learned.

People don’t care about me, necessarily. They care because sometimes things I write or say about my failed marriage sounds just like what is happening in their marriage.

People are just trying to save their families. Their lives.

People will do anything to save those things.

‘How Do I Get My Husband to Change?’

That’s the million-dollar question. The one I’ve gotten the most in various forms over the past six years of writing here.

Seth Godin, perhaps the world’s thought leader in the field of marketing, wrote:

“People don’t change. (Unless they want to.) Humans are unique in their ability to willingly change. We can change our attitude, our appearance and our skillset.

“But only when we want to.

“The hard part, then, isn’t the changing it.

The answer is you DON’T get your husband to change.

Your husband either will or won’t change in any number of ways for the rest of his life, and most if not all of those changes will come about because of his desire for them to.

“Why didn’t you get it when you were married?” people ask me. “Why did she have to leave you for you to get it?”

Because I didn’t want to change until it hurt.

It’s common for people to be surprised by the idea that I didn’t know that I was a shitty husband, while I was being one during my nine-year marriage. People, I think, struggle to believe it, because it seems so obvious to them.

There are 7.7 billion people in the world, and each of us has our own version of ‘normal.’ And this is the source of all human conflict, from schoolyard arguments, to political disagreements, to marriage fights, to terrorist attacks, all the way up to wars between nations.

That’s all relationship fights are. Sometimes, these are fact-based arguments that can be settled quickly.

Usually they’re not, which is why long-term committed relationships fail more than half the time.

I Changed Because I Wanted to Change

I changed because I thought I was going to die, and I knew I never wanted to feel that hurt and broken again.

I changed because I was motivated to protect myself and my son—and later, others—from the negative consequences of my previous thought and behavior patterns.

I didn’t change when my wife asked me to because I didn’t want to, and because I didn’t know it mattered. I’m not going to hear that EVERYTHING your spouse tells you is a thing you accept as gospel. Something they say either feels important and credible to you, or it doesn’t. And then you respond accordingly in a very natural, organic way.

Husbands don’t dismiss, judge, contradict, or otherwise invalidate their wives as part of some master-planned strategy from the playbook we were all handed in Patriarchy School.

Husbands do these things because they have no idea—absolutely NONE—that what they’re doing amounts to literally abusing and neglecting their wives, and certainly not that after it happens enough times, the marriage and family are going to fall apart when it’s super emotionally, and financially, and logistically inconvenient to do so.

I tried to help my wife solve her work and social problems when she’d talk to me about them. I thought I was being helpful, but I was accidentally, blindly, being an insensitive prick, and a bad emotional partner.

I treated my wife just like I treated EVERYONE I loved the most. I’d use playful banter to mock and tease when the situation seemed to call for it. My wife didn’t like it. Sarcasm pointed her direction caused unique invisible pains due to things she’d encountered years before I knew her. These weren’t ideas that I was intellectually mature enough to grasp. I just knew that sarcasm was fun, and all my best friends and I laughed at and with each other constantly because of it. Laughing and fun are GOOD things. Thus, my wife was ‘wrong,’ and I was right.

These are the same types of thought processes and blind spots that everyone has. Everyone’s blind spots are just different.

Just like everyone’s family customs, and traffic laws, and native tongues are different depending on where they’re from and what they’ve experienced.

What is different is my ability to INTENTIONALLY seek and find what I was previously blind to and not looking for.

Seven years ago, if someone wrote me a note that said they “fucking hated me,” it would have made me very sad, angry, or both.

Today, it makes me nothing. The woman doesn’t hate me. She doesn’t know the first thing about what it’s like to be me or to be around me, no matter how much I try to explain it on these pages.

She’s hurt. Badly. Just like I was when my wife chose to leave.

No one has a monopoly on pain.

I was the problem in my marriage, but that doesn’t mean I still didn’t suffer mentally and emotionally as victims do. When my wife left, and I still didn’t understand why. In my reality, I was being abandoned and betrayed, and it wasn’t until years later when I finally realized: Holy shit. She totally did the right thing by divorcing me, did I finally achieve the mental and emotional maturity needed to navigate all of this messy human stuff that most of us struggle with.

You don’t have to give up who you are to be the person your romantic partner or children might need you to be.

You just have to decide you want to know and do things you didn’t previously know or do. Like learning a new language.

It’s very difficult. Particularly as an adult. Because, whether you’re writing, reading, speaking, or listening, nearly everything about the process is fundamentally new, different, unrecognizable, and uncomfortable.

Our brains crave the comfort of efficiently and effectively communicating the way we always have, because “it just works.”

To become fluent in that new language, you have to WANT it.

When life is comfortable, and nothing hurts, and there’s not just misunderstanding, but a literal blindness to how ones thoughts and actions adversely affect others? Who would choose uncomfortable change, and why?

We choose to restrict our diets and exercise when we WANT (health, strength, endurance, physical attractiveness, skill, etc.) what those uncomfortable sacrifices will give us.

I realized what was at stake when she drove away with our son in the back seat, and then I sobbed in my kitchen and threw up over and over again in the sink next to which I usually set that drinking glass.

I realized how I was responsible for so much of what had gone wrong when I finally committed to understanding WHY my marriage had failed, which I did because I needed that knowledge to feel secure that it wouldn’t happen again.

People change, but only when they want to. So it’s not about the changing it. It’s about the wanting to.

The reader used the word “hated.” Past tense. So maybe not anymore. Change.

“And yet, your divorce taught you something. Something important about yourself, but also your wife. Some men never bother to look,” she said.

“The adoration and praise you would get from women for telling the damn truth about your ignorance in your relationship nauseated me.

“Then you wrote this—which is my damn story.

“The jury is still out.”

Indeed, it is. Such is life.

59 thoughts on “How to Change Your Shitty Husband”