24 Comments
By Matt Being Human, Life

‘We Regret to Inform You’: A Story About Marriage and Book-Publishing Failure 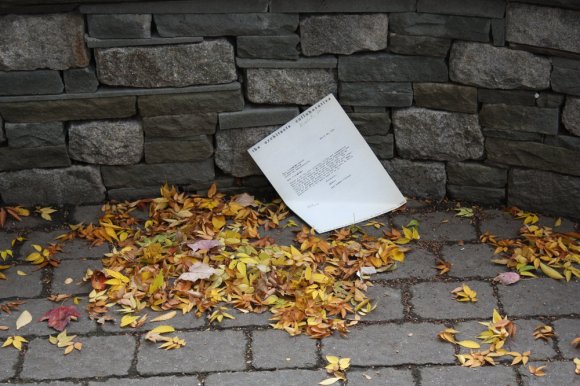 I felt that little jolt of hope and nervous excitement in my chest when I saw the unopened email and recognized who it was from. Please let this be it.

Damn it, I thought. I can’t believe this is happening again.

There was a lot riding on the first major non-marriage promise I’d made to my wife, because I didn’t know if I’d get to keep her if I didn’t fulfill it.

We moved to a beach town near Tampa, Fla. after graduating from the Ohio university where we’d met. I was a newspaper reporter. I wrote business stories for a daily newspaper, covering things like commercial real estate development and Florida’s regulated energy industry.

We were still five years away from the first iPhone launch, so it wasn’t weird to put your economic future in print journalism back then.

We both liked Florida—its gorgeous beaches, its mostly beautiful weather, its amazing seafood, and having sun-soaked skin most of the year. But. People—family, friends, community—mattered more to us than those great things. We missed home. We had limited financial resources in our early twenties, and it was cost-prohibitive for us to travel home. We missed funerals, weddings, class reunions, and holiday gatherings because of the distance.

It affected my wife more intensely than me. I was raised as an only child who split time between two parents who lived hundreds of miles apart. I was accustomed to living far away from people I love. I was pretty good at by-myself stuff.

But this was her first encounter with it. The distance. And she took it hard.

Living far from home was hurting her.

Her hurting was hurting me.

After our first year or so in Florida, my singular purpose became finding a job back home. That might seem like not that big of a deal. But I was a newspaper reporter. Guess how many newspaper reporting jobs are available at any given time in a livable city in Ohio?

I flew to several job interviews in Ohio. I even interviewed in Indianapolis, Pittsburgh, and Detroit because they were much closer to home.

There was so much riding on these interviews. It wasn’t about me getting more money or advancing my career. It was so much bigger than that. It was me fundamentally fulfilling my first promise to my wife who I married DURING the couple-year job hunt in a largely attended, and beautiful ceremony near Cleveland.

In the car, sitting at dinner, or lounging in bed, we’d talk about how much we hoped this time it would work out. That we’d finally get the offer. Total strangers I needed to be good enough for so that I could be good enough for my wife.

Sometimes I’d get a letter in the mailbox, or receive an email or phone call from a newspaper I’d interviewed with.

My chest would thump. Before answering the phone, clicking the email, or opening the envelope. This has to be it. Please God. Let this be it.

But for many months, the message was always the same: “Thank you for your interest in working with us! It was such a pleasure to meet you! Everyone on staff loved you and thought you’d be the perfect fit! Unfortunately, competition was really high for this opening, and we had a ton of qualified candidates. It was such a hard decision, but we did choose to go with someone else.”

And then I’d die a little on the inside.

“Have fun telling your wife that you failed her again. I’m sure she’ll think you’re awesome and have no regrets about hitching her wagon to a constant failure!”

Sometimes, I’d wait several hours to tell her. Because she cried almost every time. And in a way, I couldn’t make it better, because in some respects, it was my failure to win the job that made it hurt.

Other than the unfortunate situation with my parents living hundreds of miles apart from one another in my formative years, I’d never encountered personal adversity before this. If I tried to accomplish something, I usually did. (Not because I’m awesome, but mostly because I only tried to do things in which I had a certain degree of confidence, and those things tended to work out.)

I thought I was done with that experience. And I was grateful for it. But—in a much different way—I find myself back here once again.

“Sorry Matt! We really appreciate you contacting us, but we’re just not interested in anything you have to say and don’t think anyone else is going to be either. You’re not good enough. But hey! Good luck!”

As most of you know, back in early 2016, I published a post with this title, and then all hell broke loose. A few days later, it was the most popular thing on the internet globally for 15 minutes, and I was getting dozens of media interview requests, and large publications seeking permission to republish it.

More than five million people read it on this blog. I can’t imagine how many more must have read it on the larger sites like The Huffington Post, Your Tango, Thought Catalog, Babble, etc.

The Inquistr published an article ABOUT the article. That’s when I got scared, because I was seriously trying to keep my writing a secret in my personal life.

But that’s when everything changed.

That’s when I learned that things I wrote could matter to people more than I ever imagined. A thousand people told me over the following week or so that I’d saved their marriage.

That’s the moment my life became less about me and more about other people. My blog audience tripled after a solid few months of viral website traffic.

Credible publications invited me to write for them. Event organizers invited me to speak at their events. TV, radio, and podcast producers did the same.

Me! An idiot who started a blog drunk on vodka because I was upset about my divorce, and jokingly named it Must Be This Tall To Ride, because I’m not very tall (5’9”-ish) and was only then realizing what a handicap that was while pathetically trying and failing to online date. The blog was supposed to be about not being good enough for my wife, and not being good enough for anyone else either.

I didn’t think people would actually read this shit. But then they did.

Everything in my life unrelated to parenting is about trying to help others have better relationships. More accurately, it’s about helping people NOT accidentally poison them through a series of innocent, thoughtless behaviors and habits that happen in their blind spots—behaviors that ended my marriage, and ends thousands per day.

Just because we didn’t know any better.

Everything I write and publish is a stream-of-consciousness first draft with no editing, and no thoughtful organization. I unprofessionally spit it out in about an hour during a lunch break. Just like right now.

With the guidance of professional book makers and editors, as well as actual time to research and interview, I’m excited to see what’s possible.

But First, I Need Someone to Say Yes

About three weeks ago, I started querying literary agents for a full-length non-fiction book titled “She Divorced Me Because I Left Dishes by the Sink.” You might say I have strong data to support the title’s effectiveness.

When trying to publish a book the traditional way (through the old guard publishing houses in New York—there are four primary ones that have consolidated most of the traditional printing press industry) as an unknown, first-time author, the first step is sending a query letter to book agents.

I have to research agents and agencies who represent authors writing in the genres I’m interested in writing for. Then I email them a little pitch telling them about the book idea, why I think it has merit, why I think it’s unique, and why I think I’m the person who should be writing it.

And then you email them with something like “QUERY: ‘She Divorced me Because I Left Dishes by the Sink’ (nonfiction relationship self-help/memoir)” in the subject line, and hope that someone gives a shit.

The biggest agencies MIGHT write you back sometime within six months. (It can seriously take that long.) Others might write back faster.

Some have. Four, to be exact. About 25 percent of the agents I’ve queried so far.

And that’s when it hit me that this wasn’t going to be easy. I don’t know whether I thought it would be easy, but somewhere deep down, I guess I hoped it wouldn’t be hard.

I mind hard. Where you feel it in the head and chest and feel like that 23-year-old all over again: Maybe I’m just not good enough.

Or maybe I am. I think I’m the only one who is supposed to have an opinion that counts. But, and this shouldn’t surprise anyone, it feels as if everyone’s opinion but mine matters.

But before I even have the opportunity to try to make something substantive for you to decide what to do with, I need some faceless stranger reading hundreds of book pitches per day to decide that mine is worth taking a closer look at.

I wish the fate of the most personally relevant and important project of my life weren’t in the hands of people I’ve never met and most likely will never meet. But that’s where we find ourselves.

Must be this tall to ride.

24 thoughts on “‘We Regret to Inform You’: A Story About Marriage and Book-Publishing Failure”