What to Do When Your Wife Doesn’t Respect You 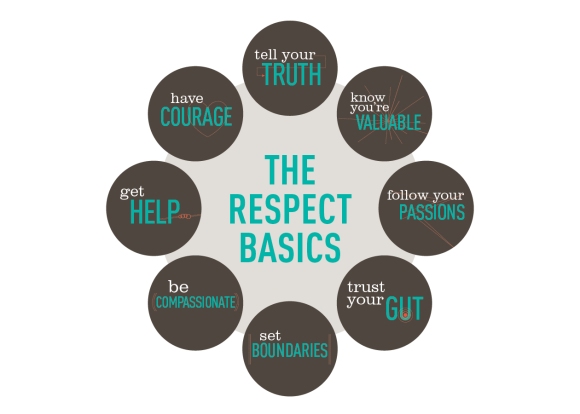 Oh no. You feel disrespected by your wife. This is definitely bad for your marriage and a poor example for any children you might have.

You’ve done the best possible thing you could have in this situation, and I hope you’ll choose to feel good about it. You’ve asked great questions: Why doesn’t my wife respect me? What do I do about it?

But it’s possible you’ve missed one: Are my feelings about my wife’s respect level for me accurate?

One of the biggest problems EVERYONE contends with in life is our inclination to believe everything we think. Just maybe she DOES respect you. That would save you a lot of time, energy, and frustration if that were the case. And for some of you, that will be true.

But for the sake of this exercise, let’s just say that your wife legitimately lacks respect for you. If your brain and/or heart are telling you that this condition is bad for your marriage and that you don’t want to be part of a marriage that lacks basic respect, I applaud you and totally agree. A marriage without respect is a marriage in name only.

I used to be married to a woman who didn’t respect me. It feels really bad, and if that’s where you are right now, I’m so sorry. Eventually, my wife chose to not be my wife anymore. I cried and vomited and felt sorry for myself and blamed everything on her.

I thought she was ungrateful. Cruel. A promise-breaker. Selfish.

And then, over the following six years I asked myself a thousand uncomfortable questions, I wrote about many of the realizations I’d made about how I was showing up in my marriage (spoiler alert: like a piece-of-shit husband), and today, despite being a divorced single guy, people pay me actual money to coach them about relationship stuff.

Does Your Wife Respect You?

The most important job you have any time you’re faced with a decision or encounter conflict with someone else, is to be damn sure you’re not accidentally being the bigger asshole without realizing it.

This is hard, because we spend the vast majority of our lives making snap judgments about everything, and mostly being right. If we have friends and jobs and are reasonably educated and have mostly avoided things like prison and Darwin Award-worthy near-death experiences, then—mathematically speaking—we have a pretty good track record with our gut reactions.

Recent example from my life: Because I am frequently calling strangers that I meet on the internet for coaching work, I toggle my phone’s Caller ID setting off so that my number shows up ‘Restricted’ or ‘Private’ on people’s phones when I call them.

A few weeks ago, when I was trying to call my dad on his birthday, my calls kept getting rejected. The first couple of times, I didn’t think much of it. But after six or seven tries over the course of many hours, I was feeling shitty. My dad’s too busy to talk to me. He’d rather do whatever he’s doing right now than talk to his son.

On Mother’s Day, the same thing was happening with my mom, though I realized my mistake much faster that time. You’ve no doubt already solved the mystery. I had forgotten to toggle my phone settings to “Show Caller ID,” which resulted in my parents doing EXACTLY what I would do in the same situation—ignore the phone call from an unrecognized number.

Stuff like this happens all of the time in our human relationships—particularly in our marriages.

We FEEL certain negative emotions when an event happens (someone else says or does something) that we would not have felt had we known one simple, but critical, piece of information to put the situation in its most proper and accurate context.

The world’s thought leader on the subject of question-asking once sent me an email asking whether he could interview me for a book he was writing. (I said yes, because duh. Life highlight.) Bestselling author Warren Berger’s The Book of Beautiful Questions is one of my go-to resources for the questions I need to ask—or that my coaching clients might need to be asking—to arrive at answers that can help us achieve clarity about what we believe and why, and which can help us find answers to life’s most difficult problems.

The section of the book that includes things I said about human connection isn’t necessarily where I found the most value. It was the section on better decision-making—about anything. And because ‘anything’ includes our relationships, I hope you’ll take the following exercise seriously. It might help you.

From Berger’s The Book of Beautiful Questions:

Ask These 4 Questions to Check Your Biases and Beliefs

That last question is my favorite.

I’d ask you to think about it like a mock courtroom trial. There’s what you believe—The Defense Attorney. And then there’s what the other person believes—The Prosecuting Attorney.

I’ve never been to law school, but I’m pretty sure part of the process involves mock trials where law students (not unlike practicing lawyers) are sometimes required to prepare legal arguments for one side of a case they don’t necessarily believe or agree with.

What happens afterward is several positive possibilities: 1. You get to be totally sure you believe what you believe, or 2. You get to abandon an incorrect or poorly conceived belief, and replace it with a better one, or 3. You get to, at the very least, come to understand how someone else could come to the conclusions that they did. And maybe when we fully understand The Why behind their actions, we can see that they were never trying to be assholes after all, and we get to feel all that wonderful lovey-dovey stuff again for a few minutes until the dopamine wears off.

There’s no reasonable way to offer useful ‘advice,’ because it’s totally possible that the healthiest thing you could do is tell your meanie wife to piss off and file for divorce. But maybe you don’t want to do that because you have three kids together, and you calculate that the most loving fatherly thing you can do is stay married on their behalf.

I get it because I’m pretty sure my wife stayed with me for a few more years than she wanted to for that exact same reason.

My wife stopped loving me and wanted to leave our marriage because I didn’t demonstrate the type of respect a wife deserves in a healthy marriage. While it was all pissing and moaning and whining at the beginning of my divorce, once I started asking myself a bunch of difficult questions and figuring out that I was actually a tremendously intolerable asshole throughout the majority of our marriage, I was able to empathize with my wife.

When you discover that you inflicted a bunch of bullshit on someone you care about that they didn’t deserve, and you view their behavior and decision-making through THAT prism, then the mystery of what happened, and the unjustified victimhood you were experiencing disappears.

When you’re a victim, life is happening to you. You’re just there, and a bunch of crap affects your life and there’s nothing you can do about it.

When you accept responsibility for your actions, and realize that what’s happening—or what has happened—are the consequence of your own actions, then it gives you a bunch of control of the situation that you couldn’t otherwise have. It’s powerlessness that’s most terrifying.

I don’t get to go back in time and fix my past mistakes. But I DO get to not feel anger now. I get to not enter future relationships blind to the things that destroys them. I get to make decisions armed with a bunch of critical information I didn’t have before. I like the confidence that gives me.

Just maybe, you execute the skills and duties of a husband at an incredibly high level. You’re a good husband, but you’re still not respected by your spouse. Ugh. Sorry. This won’t do.

Question (an uncomfortable and unpleasant one): Do you respect yourself?

I’m not a psychologist. But. A bunch of bad shit happens to us throughout our entire lives, starting in childhood. And all of that bad shit helps to shape our beliefs about ourselves, which affects what we feel—and how intensely we feel both positive and negative things throughout the rest of our lives.

Just maybe, YOU don’t believe you’re worthy of being respected (even though you might wear a metaphorical mask like I used to, and probably still sometimes do in order to convince others that we’re self-confident).

A component of that is social awareness and politeness, which is totally cool. But another portion of that might be that you adjust your behavior to fit into whatever environment you’re in, because you want to be accepted and/or liked by the people around you.

I totally do this sometimes. It’s lame. I want to be liked. It feels so much better than not being liked.

Self-confident people say and do the things that are true for them regardless of whether someone might not like them afterward. They give no phucks. None. Because they already respect themselves and don’t require others’ approval to know they are a person with inherent value.

How You Earn Your Wife’s Respect

While you humbly acknowledge to your wife that you’re actively working on learning how to behave with self-respect in order to grow into the best version of yourself you can possibly be because you, and your marriage, and your family deserve that, you also ask your wife what could change within your relationship so that she felt more respected.

You might be surprised by her answers, because there’s a better-than-average chance it will involve things you’ve heard before like housework, how you speak to her in the company of friends and family, and maybe some things you’ve never considered—like her desire to see you let your guard down by being uncomfortably real and honest with her about what goes on in your head and heart. By being vulnerable instead of pretending you’re the toughest guy she knows, she may feel both closer to you and more accepted by you because maybe she’s also sometimes insecure about what goes on in her head and heart.

That’s what you could possibly do.

That’s how you might earn back your wife’s respect.

“Being heroic is the ability to conjure hope where there is none.” – Mark Manson, author of Everything is F*cked: A Book About Hope.

Go be the best of us.