Here’s How They Chop Hot Women in Half

Yep. That’s actor and comedian Bill Hader “sawing a woman in half” at a Playboy photoshoot. A friend challenged me to use today’s headline on one of my blog posts. Then I asked him to hold my beer. (Image/Playboy)

Spoiler alert #1: When magicians perform the Saw-Woman-in-Half trick on stage, he or she is not actually sawing a human being in half, and then magically putting her together again afterward.

But when the illusionists are really good at their craft, it looks to the audience as if that’s exactly what happened. It defies everything our brains know to be true or possible.

No matter how impossible it appears—for any well-executed illusion—there is always an explanation for it. There is always a story behind the illusion that fills in the blanks, and those missing pieces make the impossible, possible.

Before optometrists were able to prove scientifically that some people had various forms of color-blindness that resulted in them literally seeing different colors than another person standing next to them looking at the same thing, it was IMPOSSIBLE that two people could look at the same flower or the same car or the same painting, and describe them differently with BOTH of them being correct. Totally impossible. Madness. 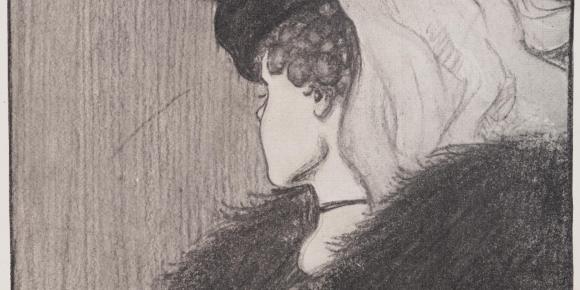 This is a classic optical illusion I remember from my childhood. I always default to the young woman looking off into the distance. But once you see the old lady, you can’t unsee her. (Image/Wikimedia Commons)

Spoiler alert #2: I’m going to tell you about what goes on in my coaching work. Because it’s more or less always the same thing—no matter how unique the individuals, no matter the age of the couple, no matter how long they’ve been together, no matter anything.

And I’m going to tell you everything we talk about, so that you never have to hire me to be your relationship coach. Sometimes, I work with both people in the relationship, but mostly it’s just one of them.

And here’s the #1 goal of every coaching relationship: Identify the Invisible Things. Our highest priority is learning how to see what was previously invisible—like using infrared goggles to “see” the heat signatures of people cloaked in darkness or hiding in a building.

There are The Invisible Things That Hurt.

It’s not hate. No one is trying to make anyone feel bad. It’s a laugh-fest. A bonding ritual. A fun way to laugh at, and laugh with one another, including themselves.

But maybe one of them is married to or dating a someone who was mocked incessantly in school, or whose father or brothers ganged up on her and laughed at her throughout her entire childhood, and now, because of that, even playful chiding feels intensely uncomfortable.

She says “It hurts me when you make fun of me.”

But he says “Don’t be silly, babe. You know I don’t mean it. My buddies and I make fun of one another just like this all of the time, and it’s all in good fun. Everyone knows that we’re friends.”

And she says “And I understand that. But my father and brothers told me they loved me too, but I never felt loved when I would run away crying from the dinner table, only to have all of them laugh at me while I was sobbing in my room. And when you make fun of me—even when you don’t mean to hurt me—it HURTS me just like it hurt when I was crying in my room back then.”

Maybe he gets it and demonstrates enough care and love to make sure he’s not making her feel that way moving forward. At least not blindly. That would be great.

But what USUALLY happens, is that we default to OUR experiences as our guide for what is Right and Wrong, or Good and Bad. And because playful mocking is FUN for him, he thinks his wife is literally wrong for referencing a fun and innocent thing as a marriage problem. Not only is it NOT his responsibility to change his behavior, but he believes it’s HER responsibility to recalibrate her emotions to a more acceptable, reasonable, rational, “correct” setting.

These are the invisible wounds. This is just one possibility. And EVERYONE has them.

Similarly, everyone has things that make them feel good. Loved. A common reference point for that conversation is Dr. Gary Chapman’s
The 5 Love Languages—a critically important and powerful framework for helping people identify the Invisible.

Some people’s love language is Words of Affirmation. Literally being told “I love you.” That is their love language.

And sometimes—even often—they are married to someone with an entirely different love language. Say, Acts of Service. People whose love language is Acts of Service demonstrate their love by doing things for others, sometimes rather than actually speaking the words “I love you.”

And what happens is two really good people who love each other will be together, and one person will say “I love you” all of the time, but never exert any effort or energy to perform an Act of Service for his or her partner. Maybe he never makes the bed, or folds laundry, or washes dishes, or plans fun weekend activities—things that WOULD make her feel loved.

He says “I love you” every day. But she doesn’t feel loved.

She is constantly doing kind and thoughtful things for him, but she never says “I love you,” and he doesn’t feel loved.

THAT is how you can love someone who doesn’t feel as if you love them.

And when you start combining that with instances of causing invisible wounds, and piling on “You’re just being silly” responses when someone calls attention to them?

Well, that’s exactly how two lovely people married for 30 years can be angry and sad with one another every day until they finally decide to give up, because the pain of living together is worse than the perceived pain of splitting up.

I can’t be sure that I’m doing it right. But this is how I do it.

Find the list of Invisible Things that Make Her/Him Feel Bad. Even if it doesn’t make sense to you. Certain things trigger pain and sadness and fights. What are those things? Make the list.

Next, Find the list of Invisible Things that Make Her/Him Feel Good.

This is how we begin the process of repairing our relationship. Step 1 is eliminating the negatives. It’s becoming aware of the list of Invisible Things that cause damage, and then avoiding those things.

Step 2 is becoming mindful of the Invisible Things that create happiness. Joy. Intimacy. Emotional connection. Maybe it’s a bouquet of flowers. Maybe it’s a handwritten note. Maybe it’s a gift card to the day spa. Maybe it’s taking over all child-care duties for a week so that your partner can do anything she or he wants. Maybe it’s surprising them with a fruit basket, or a kind compliment, or an excessively long hug that communicates I’ve got your back no matter what.

And most importantly, we SEE WHAT WAS PREVIOUSLY INVISIBLE. We are no longer angered and perplexed by our friend’s insistence that the colors they see are so obviously different than the ones we see.

We are no longer blind. We finally get it. We understand one another. We start speaking the same language, possibly for the first time ever.

How does a magician saw a woman in half?

There are a few common ways. This is one of them:

I’d never cared to know. But one day, I did. A simple Google search told me enough.

What do you want to understand about your relationship or romantic partner?

Could knowing the answer change everything?