How the New Math vs. Old Math Debate is a Lot Like Your Marriage 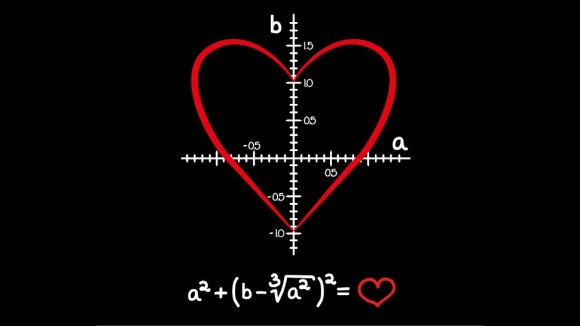 Those of you living outside of the United States might not know this, but in 2009 the federal government launched a new initiative to change the way math and science are taught in schools.

It’s called the Common Core State Standards Initiative, and from its inception through today, it has been a highly politicized issue in the U.S. because many people—possibly even MOST—absolutely lost their shit over this.

“Have you seen this new math? What the hell was wrong with old math? Numbers are numbers. Facts are facts. Why do we have to make it more difficult than it needs to be?”

I was one of those people.

I find the methodology of solving 35 x 12 using Common Core standards to be excruciating.

What makes the most sense to my brain when I look at that math problem, is to solve 30 x 12 and 5 x 12, and then add those two answers together to solve for 35 x 12. I can do it in a few seconds in my head. The answer is a subtle pot-smoking joke. Done and done.

But the way it’s taught in school today, is like a dozen extra steps that seems SUPER-tedious and unnecessary when you learned how to solve multiplication problems the way I just did.

Without a doubt, solving 35 x 12 my way is faster, simpler and more efficient than the way they teach it in schools today. Many people agree with that, so we all came to the conclusion that our way is better, and Common Core standards are bullshit.

This is how we form our beliefs and opinions about EVERYTHING. We have our way of doing things, or our favorite things to eat, or watch, or listen to, or wear, or drive, or participate in, or whatever. Taking that a step further, we have our beliefs. These are the stories that make the most sense to us, and much of our behaviors, thought processes and emotional reactions happen as a result of those beliefs.

Just like the person who sees this new, and different, and tedious, and annoying, and frustrating way of solving math problems, and teaching children; a person also sees beliefs, emotional reactions, and behaviors in their relationships that feel equally new, different, tedious, annoying and frustrating.

When we see these new ideas or ways of doing things, that are neither comfortable nor in alignment with what we’ve previously done or believed, we spaz about it and act like it’s wrong.

I’m not a mathematician, nor an educator. So I can’t give you the most precise mathematical terms.

But here’s how I understand this, and since learning the REASON for doing this, I have instantly recanted and regretted every ignorant statement I’ve made about this so-called ‘New Math.’

There’s the way most of us learned in school. The way everyone in my approximate age range thinks is the ‘best’ way to solve math problems. Because it’s fast and easy and efficient and less work and STILL correct.

And then there’s this new way. This Common Core standards way.

And the REASON for this new way is simple: Children who learn to solve math problems THE NEW WAY—while requiring more effort and energy right now—will more easily be able to transition to advanced mathematics.

All the shit I can’t do? Advanced calculus and physics? In 25 years or less, a whole bunch of higher education students will have embraced advanced math because it will come more naturally to them, instead of abandoning it as I did early in my college years.

Sure, I can solve 35 x 12 way faster than my grade-schooler’s teacher wants him to, but my son has the opportunity to fundamentally understand advanced math concepts that many Americans currently lack (which is why so many other countries outperform the United States both academically and economically in the fields of math and science).

Educators are doing it the hard way. The long way. The slow way. To infuse a cultural change into the American education system that could one day see American children in greater numbers helping to solve the world’s greatest problems (feeding the growing population, extending battery life of mobile devices and electric vehicles, finding solutions to energy problems to power people’s homes and businesses).

And that’s when it hit me.

I’ve been fighting this ‘new,’ ‘dumb’ way of doing things all of these years because it seemed harder and unnecessary.

But THIS is what it will take to properly educate our future scholars who will be able to advance INFINITELY further into the fields of math and science than I could have ever realistically hoped to given the way math was taught to me.

But when viewed through the big picture, so many of these kids will be able to excel in ways us old complainers who think “our way” is the best way never could.

And isn’t that worth it? Isn’t that SMART and sensible and wise? Isn’t that disciplined and—minus the logistics of finding educators who can teach “New Math” effectively—an incredibly intelligent way of addressing a current and future problem? The potential absence of highly educated mathematicians and scientists capable of contributing positively to the world?

Just maybe, our knee-jerk, ignorant, short-sighted reactions to others and discomfort and newness and ‘different’ in our romantic relationships, and in our experiences with other people, works exactly the same.

Just maybe, making the decision to practice doing things in a more tedious, annoying, difficult and time-consuming way won’t feel so good now, but can set us up for a future of taking ourselves and our relationships to places previously believed impossible.

115 thoughts on “How the New Math vs. Old Math Debate is a Lot Like Your Marriage”