Should We Get Married? (Part 1) 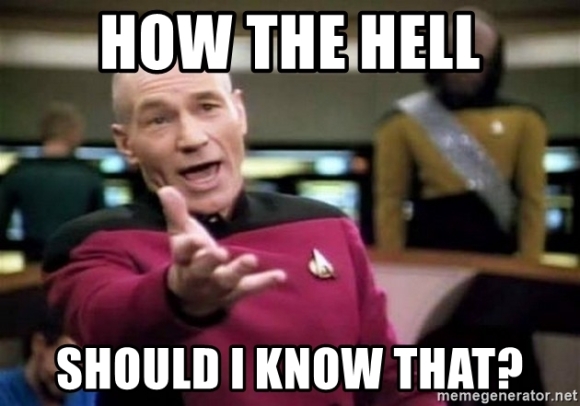 In Wonder Woman lore—including the 2017 Gal Gadot film—there exists an island of Amazonian women unknown and invisible to the rest of the world.

Everyone on the fictional island of Themyscira is female. There are no ‘traditional’ families. There is no such thing as marriage.

Everyone there seems fine with that arrangement. The only child on that island that I can remember from the film is the protagonist heroine Diana—born of a Greek mythology-esque encounter between her mother and Zeus.

She knew little of marriage or family or male-female relationships.

I think we can safely assume that when Diana imagined her future, and established her personal hopes and dreams as a child and young woman, getting married and/or becoming a mother was likely not part of them.

It’s different for most of us.

A lot different. Especially in the United States, where I live, and other Western cultures.

In the U.S., 95 percent of people 18 and older are either married, divorced, or planning to marry someday. In other words, marriage DIRECTLY affects and influences 9.5 out of every 10 U.S. adults.

Well, we can do the whole history-lesson thing even though it’s probably mind-numbingly boring to most people. We can talk about how Western civilization spread and evolved, incorporating beliefs and traditions rooted in Ancient Greece, the Roman Empire, Ancient Israel, and the early Catholic Church, all of which continue to influence a ton of our beliefs, religious and political practices, and cultural traditions today.

We can simply agree that—just as pre-Wonder Woman Diana grew up surrounded only by women and thusly never conceived of marriage and family as a concept—everyone living in Western, English-speaking societies grows up seeing the VAST majority of people around them dating, getting engaged, getting married, and having children (even if they’re only seeing it depicted on TV and in the movies), resulting in most of us believing: Getting married is just what you do when you’re an adult! It’s what you’re supposed to do, and you’re probably weird if you don’t!

Unless you have same-sex romantic leanings or grew up in a single-parent family while hiding out in the woods, I assume—like me—you grew up never for a second questioning the idea that pairing up with someone and probably having children with them was basically ingrained into your belief system. You never even stopped to consider other alternative futures.

Other than our own births—which none of us actually remember—our wedding day and the birth of our first child are frequently cited as the biggest, most significant, happiest days of our lives.

Because that’s what marriage essentially is, right? Survivor Island minus the television crews?

No matter how wonderful our parents and extended families are, and no matter the quality of our education and academic experiences, MARRIAGE is essentially the equivalent of everyone we invite to our wedding being on the same jumbo plane with us and bidding us farewell as we parachute onto some island we know next to nothing about.

We know how to eat. But do we know where to find food, and what’s safe to eat?

Maybe we know how to build shelter. But do we know what location makes sense, and what the greatest threats to our safety—weather, disease, animals, other people—are?

We kind-of, sort-of know how to not die, but in this case, we don’t even know what may or may not be fatal.

“Good luck!!! We love you guys!!! Never go to bed angry!!!” they all smile and wave to us with the best of intentions and fortune-cookie marriage advice, as they’re sending us off on the ultimate Darwinian experience.

No one tells us the truth about marriage, and even if they try it doesn’t take, because most of us don’t take anything seriously that isn’t an immediate threat. It sounds like a cliché, but it’s a REALLY important concept: We CANNOT know what we don’t know.

Old or long-married couples bicker at each other and seem as if they haven’t had sex in two decades. That’s just what happens when you’re married that long!

I didn’t like hearing people I loved speak crossly to one another, but I also never doubted the substance and stability of their marriages.

Even if their marriage was garbage, where I came from, if people got married, it was likely to be forever.

Nowhere was that more evident than my grandfather’s funeral less than two weeks ago where I saw dozens of people I hadn’t seen in a decade or two, many of whom were there with their spouses just as I remembered them from childhood.

The adults did us a disservice as we were growing up, though.

Some of it was because they wanted to preserve our innocence. They wanted us to believe in Santa Claus because it was fun and made us feel happy. They told us not to talk to strangers, but they didn’t tell us WHY.

They don’t tell us what some people are capable of.

We read about slavery, about Hitler, about war. But it all seemed so old and faraway and non-threatening.

Sometimes, if we manage to avoid serious trauma as a child, we don’t get to experience actual fear until we watch terrorist hijackers fly airplanes full of people into buildings full of people because they disagree with the religious and political opinions of some unknown percentage of the people they killed.

Ironically, it’s this level of super-belief certainty—this idea that YOU are right, therefore your spouse must be wrong—over a subject of disagreement that will inevitably damage and potentially end your marriage.

But, before we worry about what we should or shouldn’t do within our marriages or romantic relationships, there’s a worthwhile question to explore first.

Should We Get Married?

It’s not obvious to me how best to answer that. I’m confident that I could evaluate couples on a case-by-case basis and form an opinion about whether a particular couple ‘should’ (in my opinion) get married.

But I’m just some asshole writing on the internet, and EVEN IF I was totally ‘right’ about their prospects of having a healthy marriage and satisfying family life, precisely ZERO people should ever do something specifically because of my opinion.

Especially as it pertains to marriage. Because I’m 0-1.

But since I’m divorced—and admittedly much older than your typical bachelor (and a father as well)—I am faced with the very real decision of whether to actively pursue marriage again.

To be clear, I am MOSTLY thinking about younger, never-married people when I write this stuff because that is the group I perceive to be most guilty of unwittingly marrying with good intentions, but without the tool kits and skillsets necessary to execute the day-to-day of healthy monogamous, cohabitating relationships—particularly with children.

Divorce is a plague. It might be a little hyperbolic to say so, but divorce ruins lives. It certainly damages the people affected in profound ways, and every divorce tends to damage SEVERAL people. And there are thousands of divorces every day in the U.S. alone.

SHOULD we get married?

I don’t think I know what I believe. But in Part 2, we’re going to talk through all of the reasons people commonly marry, and just maybe, that will spark something.