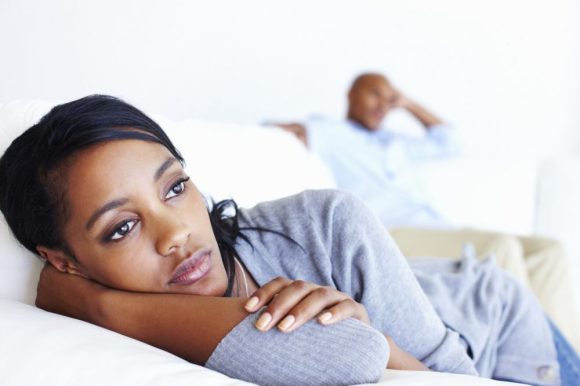 Author’s Note: I’m not a doctor. I’m not much of an expert on anything. But I’m curious, and I think a lot, and I like to explain WHY I think things. I don’t want there to be any confusion about what I believe or the reasons that led me here. I don’t think I have anything to teach people necessarily. But I think we can teach ourselves things by going through certain mental exercises, and those lessons or conclusions will sometimes be different than mine. That’s okay. Until I’m certain I know everything, I’ll continue to operate as if I might be wrong about all of it. Because I might be. The only story I know is my own, so it’s pretty much the only one I tell.

It’s possible I’m the only person in human history to treat strangers differently than people I know well. I often do that.

I’m more patient with and, arguably, “nicer” to other people’s kids than I am to my son.

Maybe I’m a shitty person or a bad father because of those moments when I show an extra ounce of favoritism to another kid when I’m correcting my son, or tolerating behavior from another kid that I wouldn’t tolerate from my own.

Because I’m not a psychology expert, or even just a really smart person, I can’t explain with 100-percent certainty the WHY behind this.

I can’t explain why I’ll walk around in sweatpants with out-of-control hair in front of a woman who I want to like me and find me attractive, but won’t go out in public or even answer the door for a pizza delivery without dressing better.

I can’t explain why my manners are on full display when first meeting someone who hasn’t earned my respect, but I’ll be totally informal with someone I’ve known for years.

I can’t explain why I was often nicer to strangers than I was to my wife.

Before my son was the person I spent the most time with, his mother was.

Before my son was the person I loved the most but who could also upset me the most, his mother was.

She’s the only person I ever did that for.

I loved that woman very much.

But I was still a dick to her when things weren’t going my way. I was still sometimes nicer to our friends who were visiting for dinner and wine than I was to her. I was still quick to dismiss something she claimed to care about based solely on me not caring about it like an egomaniacal douchebag.

I still was disinterested at times in going to bed with her, even though she’s sexually attractive and literally asked me to. Which seems insane, really.

I don’t know. I’m not proud of it. And I’m under no delusion that I’m all together.

Something might be fundamentally wrong with me. I might be a new or unique kind of broken. I don’t know.

But I think it might be something else. Let’s start here…

Hugh Grant. The British actor. Totally handsome dude. Presumably super-wealthy. I don’t think he had any trouble finding dates if he wanted them. Just a hunch. I’m theorizing that he wouldn’t “need” to employ the services of a prostitute to have his sexual wants satisfied.

But more significantly than all that is that he was married. And not just to anyone. He was married to the woman who—to me—was (purely from a visual standpoint—let the record show that visual stimulation and desire is probably the least-important aspect of “attraction”) the most beautiful thing I’d ever seen.

Elizabeth Hurley. She’s 52 now and probably still gorgeous. In her early 30s, she’s what I would have designed with a Weird Science computer and a pointy-bra hat.

I was 21 years old back when this went down in 2000 and it seemed super-significant. My 21-year-old brain couldn’t process how Hugh Grant could intentionally choose to cheat on Elizabeth Hurley with some rando lady of the night in South Beach.

But I think I can now.

Personal decisions about hiring sex workers aside, I think I understand why any man or woman married to another human being wouldn’t see that person through the same prism as some star-struck 20-something who never met them before.

I Classify it as Hedonic Adaptation, But Maybe it’s Something Else

I think it’s an important idea to understand, because I think when people don’t know what they’re up against, they’re more likely to experience hardship and failure.

Hedonic adaptation is the psychological phenomenon of our brains adjusting to positive life changes and normalizing them, the consequences of which are losing some of the “highs” we used to feel when we first experienced them.

You get a pay raise. It feels good. You get used to the new pay. Feel just as poor as you used to.

You get a new car. It feels good. You get used to the new car. You let it be just as dirty as your old car.

I’ve written in many posts, including my most recent from last week, that I believe hedonic adaptation is a major contributor to relationship problems.

A kind reader objected to my use of the term hedonic adaptation.

As a recovering idealist, I totally understand where she’s coming from. It’s an insult to the sacredness of marriage and the intrinsic value of a human being to reduce a person—and certainly a spouse—to an object.

But I don’t think being uncomfortable makes it less true. I don’t think our brains give a shit WHAT the thing/person/experience is. I believe it’s a foregone conclusion that as familiarity and comfort with something grows, the likelihood that you’ll take it for granted through thoughtlessness increases.

I don’t think it’s a foregone conclusion that you will love or value something less. Just that you’ll “forget” how much it really matters to you. Like your ability to breathe or see or use your arms and legs. People tend to take them for granted until the least-fortunate among us lose one of them.

It’s not ideal. But it is the human condition.

I certainly don’t love or value my son less as I’ve “gotten used” to him being around. But I think those little chemical triggers that make young couples crush on one another and lust for one another when they first meet WILL, 100-percent, no-exceptions, lose intensity or go away entirely over time.

It’s TOTALLY uncomfortable to suggest to your spouse that you aren’t quite as attracted to them as you once were. I think that’s why most of us avoid discussing it. We love to avoid uncomfortable conversations and situations.

I wonder what would happen if we did things differently.

I started coaching in 2019. Clients and I work collaboratively through current and past relationship stuff in order to improve existing relationships or to prepare for future ones. Other clients are trying to find themselves after divorce or a painful breakup. We talk by phone or video conference. People like it. Or at least they fake it really well by continuing to schedule future coaching calls and give me more money. If you’re going through something and think I might be able to help, it’s really easy to find out for sure. Learn More Here.

Remember, much of this is superficial. And it’s not your fault.

None of us are actively sitting around TRYING to bore with stuff—certainly not our marriage partner. I don’t think I’m going out on much of a limb in suggesting that if we never got “bored” or lost the intense chemical reactions our bodies experience when we first meet a romantic partner, that we’d have about 90-percent fewer divorces to worry about.

This isn’t about how much someone matters. It’s not about objectifying human beings or disrespecting those we love.

It’s about acknowledging that we are programmed by nature to lose over time some of the naturally occurring emotional triggers that help us effectively communicate and convey attraction, desire, love, courteousness, patience, forgiveness, etc. to our partner.

We can’t deal in reality when we don’t know what reality is, or deny its very existence.

I think the people who have the best relationships are secure enough with themselves and one another to deal with uncomfortable things and topics as a team. As a partnership. To—together—ask questions and discuss ways in which they can demonstrate the love and care that they think and feel, even if it doesn’t quite look or feel the same as it did when they first met.

Here’s a free life tip I think my failed marriage taught me: Confidently discussing uncomfortable things together in order to promote a healthy relationship and marital harmony will benefit a marriage. I think the act of doing so together is WAY more powerful and bond-forming than being honest about our feelings can be damaging.

The husband and wife who can, with intellectual honesty, discuss and deal with the natural “boredom” or “loss of attraction” that might eek into a long-term relationship are going to be better off than the ones who pretend it isn’t real.

But It Could Be Other Things Too

I label this hedonic adaptation because it’s what makes sense to me.

But that doesn’t make me right, and even if I am “right,” hedonic adaptation wouldn’t be a catch-all for this phenomenon.

When you first meet someone, you are single. You are an individual with mystery and potential in their eyes, as they are to you.

The dynamics of that moment are RADICALLY different than when you wake up in the same bed for the 1,871st day in a row, looking and smelling your worst with two kids and a dog and a mortgage.

I’m not even trying to be cynical about this. The love and care you feel—the VALUE—you place on your long-term spouse, family and household is infinitely higher than the first night you met back when all the sparks first flew.

But there are elements of relationships that often “worsen” as circumstances, individual interests and priorities, and group priorities change over time.

Maybe it’s worse manners. Maybe it’s the absence of displaying sexual attraction for your wife or husband. Maybe it’s saying something a little bit mean, or offering a thoughtless or dismissive reaction to something she or he told you.

Maybe back on your third date, all of that would have gone much differently.

Maybe it’s not about the other person. Maybe none of it is.

Maybe it’s about us.

I was a confident young man when I met my ex-wife. I was going to win the Pulitzer Prize and be whatever I wanted. The world was mine. And so was she.

The years went by.

The confident individual became an unsure partner. The cool guy living alone became the uncool part of a couple.

We LOSE ourselves when we give up our individual identities to be a husband or a wife. To be a mother or a father.

We turn into different people because we must.

Many of us spend years politely or fearfully not mentioning it. Maybe we grumble to one of our friends about it in a private moment.

Then years go by, and two people who were once inseparable are now total strangers.

It’s the saddest story of our time because it happens thousands of times every day and hardly anyone is doing anything about it.

But you can. You can be honest with yourself and the people you love, and you can talk about true things even when it’s hard.

Pleasant lies taste wonderful and are easy to hear and hide behind. But they’re poison.

Difficult truths taste bitter going down and kind of make you want to puke. But they’re medicine. They cure the sick. Mend the broken.