I want you to imagine a person looking you directly in the eye and saying: “I’m going to kill you.”

First, I’d like you to imagine that it’s your best friend saying it with a huge smile on his or her face immediately following a joke you’d just played on them. 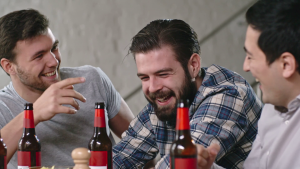 And next, I’d like you to imagine that it’s a stranger saying it after breaking into your house late at night wearing a creepy mask, using an ominous tone of voice, carrying a weapon, and just looking all-around murdery. 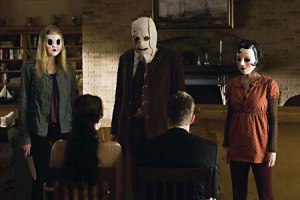 Our reaction to hearing “I’m going to kill you,” is largely dependent on what we can see and hear. On context.

What we can see and hear—non-verbal communication—is commonly called the 7% Rule, even though that’s probably not technically correct. The 7% Rule says that communication, on the whole, is 7 percent verbal, and 93 percent non-verbal.

A good example might be a person saying “I love the taste of canned spinach. I’m going to eat a bunch right now,” while shaking their head no, which we’d all safely interpret as the person NOT liking canned spinach like a smarty, and joking about wanting to eat some.

Tone of voice, facial expression, and other nuanced components of how we interpret information when someone is speaking to us play a HUGE role in our understanding of what someone is saying to us.

Which is why, other than exchanging logistical information—making plans, sharing news, etc.—we should try to avoid text messaging as much as possible.

Two Dumbass Kids and a Potentially Phantom Rivalry Over a Girl

When I was a high-school sophomore, I had a little crush on a super-attractive girl in the freshman class.

Katie. She was awesome and liked me back. We had a cute little almost-thing for a couple of months before summer break happened and I disappeared for a few months, and then for my entire junior year, because I moved 500 miles away to live with my father for the first time since I was 4.

Which doesn’t really matter in the context of this discussion.

What does matter is that I moved back with my mom and with all of my old friends I’d grown up with for my senior year of high school. And during the year I was gone, Katie had dated some other guy at school. And for reasons/explanations I was told and can’t remember, THAT guy decided he didn’t like me, and maybe wanted to fight.

We didn’t fight. We just kind of ignored each other and probably considered the other to be a huge asshole. Then I graduated and moved away and haven’t seen that guy since.

Without EVER speaking a meaningful word to him, I still have memories of us not liking one another for an entire school year. Because of a girl neither of us dated that year.

I just know I perceived another guy to be someone I didn’t like (the reason being that my friends told me he didn’t like me—not because he’d ever actually wronged me in some way), and that I spent an entire year feeling shittier than necessary whenever we were in the same place—and I had ZERO facts about his true feelings and intentions, nor had I ever attempted any type of meaningful conversation with him.

I have memories of a high school rivalry that I may have fabricated like an idiot from totally false information from other high school idiots.

I experienced real, tangible negative moments that I still kind-of remember 20 years later, and I can’t even prove whether my opinions and beliefs back then were based on anything real or true.

With Text Messaging, We Don’t Even Need the Help of Idiots to Recreate These Scenarios

This video has bad words, FYI. But it’s amazing. Watch it. (Special thanks to Becky for sharing the timely video on the MBTTTR Facebook page.)

I don’t think we need any more examples. You get it. Not that it matters. You’ll keep on texting because you’re a masochistic, lazy glutton-for-punishment like me.

Remember when we used to memorize 30 phone numbers and politely leave messages with our friends’ parents to have them call us back, sometimes several hours later, just to ask a question we insta-text today?

We’ve arrived at the point where actually answering and speaking on the phone is an inconvenient thing we have to do—like laundry. Texting feels easier, and it tickles our This Shortcut Is Awesome pleasure sensors.

But it also lends itself to a crap-ton of misunderstood messages—things intended to be benign but that angered someone or hurt their feelings. Things that read like a joke through our current emotional filters, only to respond in a way that feels disrespectful and dismissive to the person who, in fact, is not joking.

That kind of awkward, fact-deficient exchange can escalate something immaterial into a real-life problem, and a minor problem into a relationship-ender.

Because I’m a writer, I’m really comfortable texting. Because I’m more comfortable communicating via the written word, I like to try to explain myself through writing.

Sometimes, I try to do that via text message.

Rife with peril, this is.

Choosing convenience over focusing our attention on the people and things that matter is essentially the summarized theme of Shitty Husbandry, as well as being a substandard friend, family member or teammate/partner of any kind.

We struggle mightily with empathy in our human relationships. We like to think what we think and feel is right and true, while anyone bringing something different to the table is wrong and full of shit. It’s why pretty much all human conflict exists—disagreeing about something, and then being dicks about it to everyone on the other side of a debate or argument.

Even with all of that going for us, we still fundamentally don’t understand the other person often enough that MOST people who truthfully say “I love you” and have sex a bunch of times and share a home address end up not liking each other and divorce or break up. They don’t “get” each other, fight about stuff and hurt each other’s feelings a bunch of times, then one or both of them quits because it feels too hard.

People who share a bed and have known each other for years.

Reducing all of that to auto-corrected text and emoji is literally Anthony Bourdain’s recipe for Fuckness Casserole with Break-Up Sauce.

So please be more thoughtful about what you choose to discuss via text, and how easily something you say might be interpreted in a way that makes someone you care about feel shitty even if that’s not your intention.

Sometimes, the things that matter warrant a phone call.

Sometimes, No Response is a great choice.

Always, clear and effective communication is the greatest tool in our relationship arsenal and demands thoughtfulness and effort.

Always, the people we love and care about are worth it.