Guys: Emotions Matter, Are Normal, and You’re Not a Weak Pussy for Having Them 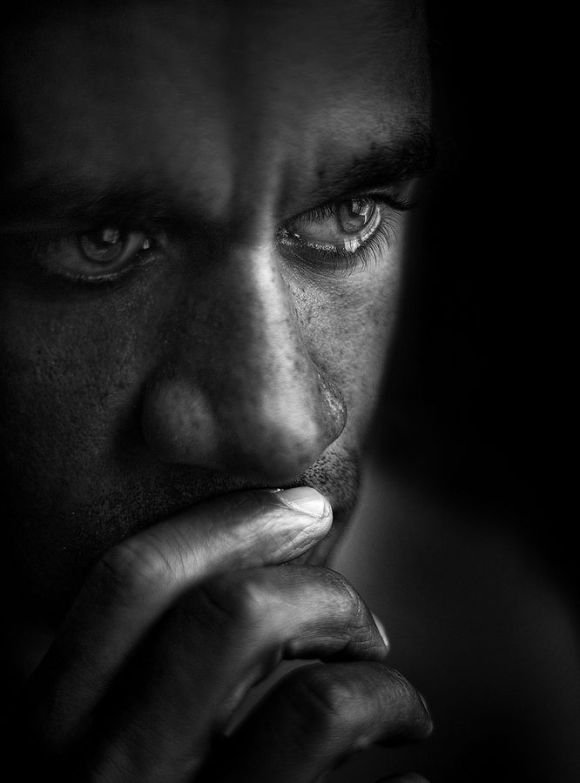 Author’s Note: I think the #1 problem in the world is how poorly humans manage their relationships. Even if you disagree, follow my logic, please. The biggest influence on whether our lives suck or are awesome is the quality of our closest relationships. For most of our lives, that’s the relationship with our spouses or long-term romantic partners. While it would be nice for everyone everywhere to get along—because of the huge problems caused by our Us vs. Them mentality—I still believe it all comes back to husbands and wives, or two committed partners in general. Human conflict is problematic everywhere. But when it’s two people who decided to pool their resources and have promised to love one another forever, and make and share children? It’s a crisis. The ripple-effect consequences know no bounds. Divorce breaks people, and then broken people break other things.

I think the #1 cause of divorce is relationship-damaging behavior by men who honestly don’t recognize it. Good men with generally good intentions who do things over and over again that damage their wives’ emotional and mental health. And they just don’t realize it in time.

How? Why? There are no easy answers. But I think the closest one is: No one knows. Just like people spent decades smoking tobacco without knowing it had dire health consequences.

This is the first in a series of posts about The Things We Don’t Teach Men (And How It Ruins Everything).

Things We Don’t Teach Men: #1 – Feelings Matter, Are Normal, and You’re Not a Weak Pussy for Having Them

“Toughen up, you pussy.”

Every one of us have heard it. Most of us even said it.

Men have been taught to keep emotions to themselves. Because expressing emotions is a sign of weakness. It’s “something girls do.”

It’s like the ultimate double whammy to healthy male-female relationships.

We cultivate emotionally stunted boys with dangerously flawed perceptions of what it means to “be a man,” AND we teach and perpetuate sexism simultaneously by shaming boys for doing things “like a girl.”

We make it BAD to be female, and then act all confused that misogyny and sexual abuse, or even just general displays of disrespect toward women by men are as common as they are.

Writer Paul Hudson in an Elite Daily article said it as well as I ever could:

“Men aren’t always accepted when they’re being emotional. For years and years, men have gotten bashed, personally and in the media, for being heartless, for not being understanding of women and the way they feel. Many women will still use this as an argument-squasher. The truth is, men didn’t allow themselves to understand the way the women they loved felt because they didn’t understand why women weren’t willing to follow the rules they were taught to follow.

“Don’t cry. Don’t pout. Don’t complain. Be a man — an emotionless, stubborn man. Again, not all men but most, I’m afraid.

“Men were taught emotions are a sign of weakness. Women were taught the opposite. So what are you left with? Men who believe women are weak because they’re emotional, and women who are pissed off they’re seen as being weak for something they were taught to embrace.”

For decades, psychologists studying human behavior would conduct studies about human emotion by surveying parents of children, or asking adults to self-report.

As you might imagine, that only further cemented our preconceived notions about emotions and gender.

From The Daily Mail:

“Neuropsychologist Dr. David Lewis who led the study said, ‘Gender stereotypes about men being stoic and women being emotional are reinforced by our day to day consumption of media and our social interactions.

“’We tend to oversimplify and exaggerate the perceived differences between men and women and are more likely to focus on evidence that supports our existing gender stereotypes.

“’This study suggests that men feel emotion just as much as women, sometimes more strongly, but are less willing to express these emotions openly due to expectations put on them by society.’”

Why This Emotion Thing Matters

Because truth and authenticity in intimate relationships matters.

Because fear and anxiety and shame cause us to wear masks and lie and hide parts of ourselves from the people who trust us to love and care for them.

I don’t mean that in an ugly way. He’s not being deceptive with malice in his heart. He’s exercising self-preservation techniques to avoid rejection.

We want to be accepted by other males in our various tribes. At school. At work. On teams. In a contingent of soldiers, police officers, firefighters, etc.

We want to be accepted by our fathers. By our coaches. By our mentors.

We want to be accepted by the women in our lives. Respected. Admired. Desired.

So we put on our masks so our friends will stay our friends, and so dad approves, and so our wives or girlfriends won’t want to leave us for those super-tough and stoic guys who never shed tears or feel anything because we never knew that they were all either sociopaths or fellow mask-wearers who feel just as afraid as we do.

So we wear our tough-guy masks and mock or show blatant disregard for everything that doesn’t pass the Man Card sniff test.

And because a husband and wife will never achieve unbreakable status without the level of trust and intimacy that can only come from not hiding true parts of ourselves from the other, this emotion thing can play a significant role in the slow erosion of our relationships.

While we openly disrespect one another over who’s right and who’s wrong, even though nobody is either.

“Men have been taught to keep their emotions to themselves. I’m sure there are some men out there who were raised in a household that praised emotional honesty. But even such individuals had to have stepped out into the world and realized the rest of society and the culture we’ve built over the centuries prefers men to keep their emotions to themselves.

“We were taught to believe sensitivity is synonymous with weakness, which is exactly the opposite if you think about it. Sensing more, feeling more, experiencing more, understanding more, interacting with the world more, that is a strength, an advantage — not something to be ashamed of.

“Boys are taught to be ashamed of the emotions they experience, so they grow into men who are both emotionally confused and in denial. Emotions aren’t meant to be suppressed. They don’t necessarily need to be paraded for everyone else to see — even though there isn’t anything intrinsically wrong with that — but they ought to be accepted and understood. Otherwise, the build-up can kill you.”

If it doesn’t literally kill you, you can bet your ass it will kill your marriage.

And those dark days following the end of your marriage?

Staring at a stranger in the mirror. Restless nights. Loss of friends and family. Deep shame and guilt. A powerful sense of failing at life’s most-important thing in a very public way. Fear of an unknown future. Stress about the loss of time with children and influence on their lives.

Those things can kill you.

You choose courage. You take off the mask. You own your shit. You do a better job today than you did yesterday. You make things as right as you can. You love even when it’s inconvenient. And once you feel human again, you have the chance to start over—maybe alone, maybe with someone new, or maybe even in a second try with the mother of your children.

When you own your shit and trust someone enough to show them the things you used to hide, then—THEN—bonds too strong to break can finally form.

Not because you were a big pussy who showed too much emotion.

But because you showed more bravery than you ever have before. And everything was okay. You weren’t some weak-ass pussy, after all.

You were strong. Resilient. A warrior.

We hide the truth because vulnerability is hard. And our relationships suffer for it. And then everything and everyone in our entire lives suffers for it.

Let people in, even when it’s hard.

Because we can do hard things.

34 thoughts on “Guys: Emotions Matter, Are Normal, and You’re Not a Weak Pussy for Having Them”