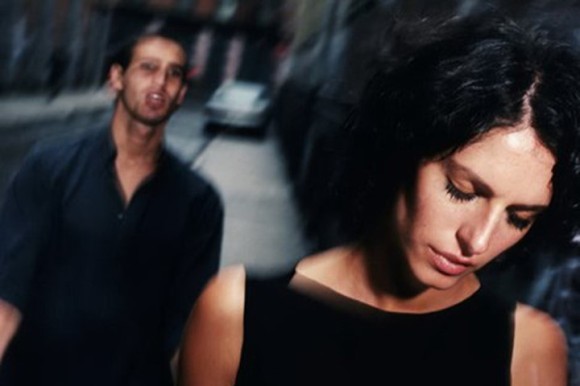 I was usually nicer to strangers than I was to my wife.

People I didn’t know and would never see again. I treated them with patience, courtesy and politeness.

But the person who lived in the same house, gave birth to my son, and did more for me than anyone else? I often didn’t extend those same courtesies to her.

While I was oblivious to most of my missteps as a husband, I was fully aware of this—something I’ve noticed about myself from childhood: I sometimes treat total strangers better than the people I love most.

I was observably nicer to my dad than my mom.

Throughout my relationship with my wife, she would point out instances when she felt I was being mean, or impatient, or thoughtless toward her, and that it hurt her feelings because as she was feeling that way, she could see me being kind, patient and thoughtful toward others, even strangers. She wondered why I couldn’t treat her that way, too.

My defense was always something like: “I LOVE you. I married you. Everything I have is yours,” arguing that should somehow earn me the benefit of the doubt.

I don’t know why I did that, felt that, or thought that.

I have a little boy in third grade who I love in ways I don’t know how to articulate. He’s my favorite everything.

But sometimes, I’m kind of a dick to him, and I hate it.

When he gets crumbs on the floor, or makes some mistake that is probably super-standard for little boys in third grade, or otherwise “fails” whatever expectations I have for him in a given moment, I sometimes respond with anger and a little harshness.

Sometimes I imagine if the last words I ever said to him were angry or prick-ish, and then I died in a car accident or something.

I almost feel like crying when I mentally put myself there.

I was nicer to other adults than I was to my parents.

I was nicer to other people than I was to my wife.

I was and am sometimes nicer to other children than I was or am to my son.

When we are nicer to others than we are to them, they can begin to question whether we actually do love them.

I don’t know what that does to a parent when their child treats others better than them as I’m still in My Dad Can Do No Wrong Land, which will surely go away in the next couple of years. Not looking forward to finding out what that’s like.

Bad things happen to children who feel unloved and unaccepted by their parents.

And bad things happen to people who feel unloved, unwanted or rejected by their spouses.

All because we sometimes treat strangers better than people we love.

Shameless Book Plug: Preorder My New Book “This is How Your Marriage Ends” Today

My new book, written in 2020, is scheduled for release on March 22, 2022. It is, aside from becoming a father, the highlight of my life. I don’t think it sucks. Hopefully you won’t think so either. I took the lessons of my divorce shared throughout this blog, combined it with some new stories, some coaching client stories, and the ideas I try to share in my coaching calls, and tried to make the book I would have needed to understand how my behavior was inadvertently destroying my marriage and to develop meaningful relationship skills. If you believe in what I’m doing here and want to support the mission, you ordering this book would be the best thing I could ever ask for. And someday, if you like it, maybe tell a friend. Thank you so much. Preorder “This is How Your Marriage Ends: A Hopeful Approach to Saving Relationships”.

As Always, You’re Not the Only One

The term is “selfobject.” And you and I have “selfobject needs” and when these needs go unfulfilled, we lose our sense of self, feel shittier about our lives, treat ourselves and other people worse, and inadvertently damage all of our relationships, including our marriages.

Psychoanalyst Heinz Kohut figured this out and coined the term in the mid-twentieth century, and therapist F. Diane Barth illustrated it with examples from one of her married-couple clients in her excellent article “Why It’s Easier to be Kind to Strangers Than Our Partners” which I discovered by typing almost that exact phrase into Google.

“At some point in every relationship, partners, parents, siblings, friends, and even children provide psychological and emotional functions for us that we cannot provide for ourselves.”

The couple struggled for years to conceive a child.

When they finally did, they welcomed a colicky newborn into the world who cried nonstop every night for a long time.

The first thing that happened was all of the happy things they’d imagined in their heads about starting a family looked and felt quite different in real life. It was supposed to be amazing and feel good. But mostly it was exhausting and felt bad.

Bob and Ann both are stressing out, big-time.

Bob feels helpless but tries anyway by offering suggestions. The suggestions anger Ann. She cries and lets him know how much harder he’s making it on her.

He withdraws. She feels abandoned.

This is totally NOT how I thought this would go, they think.

Stress is hard on marriage and relationships even when the stress is good, like moving into a new house, taking a new job, or bringing a new child home.

“It is also common not to have compassion for one another during these times, even though it would seem that it would be exactly the most useful emotion in the moment,” Barth writes. “Why is it that we can be compassionate and kind to friends, relatives and even strangers in ways that we cannot muster for our loved ones?

“The answer is in part found in the meaning of compassion itself. One of the keys to compassion is empathy, which author and speaker Brené Brown defines as the ability to take another person’s perspective, to understand and appreciate what they are feeling. We expect our loved ones to do exactly this for us. Ann expected Bob to appreciate how badly she was feeling about herself as a mother, for instance. She also needed him to recognize how hard she was trying and to tell her that she was not a bad mother simply because her baby was not being soothed.

“But, as happens in relationships, Bob also had needs. In particular, he needed Ann to help him feel okay about himself as a partner. He needed to believe that she would know how to soothe their baby. And he desperately wanted her to let him know that they were going to be the family he had imagined they were.”

Kohut said people require “selfobject needs” to be met just like they need oxygen to breathe, from birth to death.

Kohut explained that humans use the RESPONSES of certain others—our romantic partners or parents or children or friends, etc.—to help us maintain a healthy, balanced, positive, stable sense of self.

In other words, we make those closest to us an actual part of ourselves, and those people provide important psychological and emotional functions for us that we can’t give ourselves.

We literally rely on loved-ones’ behavior to guide our beliefs about ourselves, and to know the person we believe ourselves to be and see in the mirror while brushing our teeth.

And when those others stop providing the responses we’re conditioned to expect, or that we grew accustomed to, we’re not really ourselves anymore. We stop being the person we thought we were.

And when people in marriages or romantic relationships of any kind become someone else, everything tends to break.

But you know that already.

But I don’t really feel that way about this, because it’s another in a LONG and distinguished list of things that cause divorce that WOULDN’T cause divorce if we were simply aware of it before it happened, or as it was happening.

I’m aware of many areas of my life that could use improvement. Sometimes, I take steps to make things better. Sometimes, I let bad habits continue to make my life worse and erode my relationships.

Even when I understand that my words and actions are accidentally hurting someone I love and care about, I still sometimes say or do those things thoughtlessly.

Maybe that will always be.

Or maybe some habits are simply harder to break, and I’ll get there one day.

I didn’t know how to make my wife feel loved.

I don’t know if I would know how to make her feel loved now.

I only know that a bunch of bad things happened because I was unaware of how my words and actions made her feel, and then everything got sick and died.

And maybe now that we’ve identified it, we can do things better.

And so do all the people who matter most.

If we can treat total strangers with kindness, using polite language and thoughtful action, I think we might be able to do the same for our spouses.

And since I don’t have one of those, I’m going to have to count on you find out.