61 Comments
By Matthew Fray Being Human 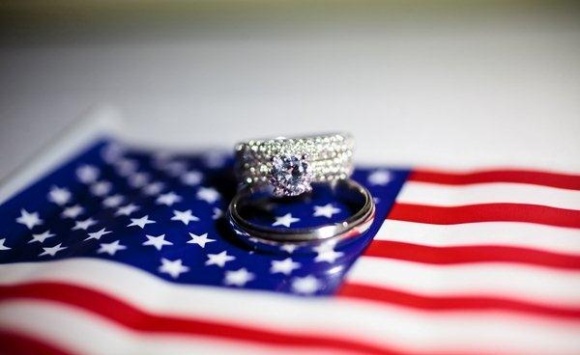 NOTE: I wasn’t planning to post today, and certainly not about politics, but my response to a comment on yesterday’s post—which had a headline I think many people misunderstood for the EXACT SAME REASONS our political climate is such a mess—turned into a thousand words. So I figured, what the hell. Linds wrote in a comment that the nature of a politician’s job doesn’t allow for she or he to be trustworthy. My reply turned into the following.

My commitment to fairness runs deep.

I reject the notion that politicians can’t be trustworthy. But I accept my perceived reality that they typically are not.

Because of the system being what it is, it’s impossible for non-billionaires to win elections without lots of financial backing.

That forces people who need political funding to sometimes compromise their principles for “the greater good,” convincing themselves they can’t do any good from the sidelines, so compromising 5-10% of their values in order to achieve the 90% once they’re in office is worth it.

But then, after they win election, they have all these ideas about what to change in order to make things better for the people who supported them.

Getting 51% of elected officials to agree on something that directly affects American lives, or affects them emotionally, or affects the financial systems in some way is an extremely tall order.

That those people will not sit down at a table together to work cooperatively to address the many things which AREN’T divisive, crushes my freaking soul.

When you build cooperative bridges, improving the 70-80% of things everyone collectively cares about, maybe everyone would stop being so shitty to one another about the divisive issues people like to scream about.

But in the end, the TRUTH should not be such a difficult thing to ascertain.

Republican politicians are trusted by only a minority of registered Republicans, many of whom watch Fox News, read Breitbart, the National Review, NewsMax, the Daily Standard, etc.

Everyone who is not a Republican assumes the R-politician is lying, and that those media outlets are reporting misinformation to promote a conservative political agenda.

Democrat politicians are trusted only by a minority of registered Democrats, many of whom get their news from MSNBC, The Huffington Post, The Daily Beast, Daily Kos, Slate, etc.

Anyone who is not a Democrat assumes the D-politician is lying, and that the left-leaning publications are intentionally reporting misinformation OR ignoring truth in order to advance their political agenda as well.

A third group of people trust no one. They’re the most cynical of all. And I can’t think of a compelling reason why they SHOULD trust anyone.

We’re now to the point where no one can trust an elected official to be honest, nor can they trust their media outlets to be reporting rock-solid facts and truth.

Yet, we’re all confused about how TWO people with 60% disapproval ratings can end up as our two choices for president.

We turn our backs on the process most of the time, watching “Survivor” and “CSI” and “Keeping Up with the Kardashians.”

Then we all get super-interested once the national media starts covering it heavily, and we all talk about it on social media long after all the important work of CHOOSING our candidates actually takes place. So many people, not necessarily through any fault of their own, don’t really know what they’re talking about because there aren’t any places to gather reliable information.

Even the New York Times and Washington Post, which are long-time journalistic standard bearers, are no longer trustworthy to the those made uncomfortable by the Times and Post headlines.

Even IF the information is solid (many journalists are fantastic, even if big-money media is not) a person can’t realistically expect someone of an opposing political viewpoint to believe it’s coming from a place of truthful objectivity. Every major media outlet has now been labeled Right or Left.

And that means everyone spends all of their time in their preferred echo chambers, hearing and reading only the things they want to hear and read.

We need a critical mass of people to decide they want TRUTH more than they want COMFORT.

We need a critical mass of people willing to trade in CSI and the Kardashians for a lot of hard work spreading the word about people who would make amazing leaders—telling their stories effectively—and sharing them with the masses.

Republicans and Democrats (and everyone else) MUST be more committed to problem solving than they are to opposing one another and smearing people wearing different labels.

When Our Political Activism Amounts to Blocking Friends on Facebook and Only Digesting Media We Agree With For a Month Every Four Years Right Before Elections, This Will Never Change

But as in all things, I choose hope.

This shit isn’t working at all. Even if Donald Trump somehow proves to be an objectively good chief executive of the United States, there will be MILLIONS of people actively working against him, hoping he fails, spreading lies, denying whatever good might come from his decisions or initiatives, and more and more citizens will soak all that up and either grow more pissed off at the president, OR grow more pissed off at all the negativity and sabotage.

Which is EXACTLY what President Obama has dealt with for eight years.

And what President Bush dealt with before that.

And what President Clinton dealt with before that.

It’s NOT okay that this happens.

I’m in favor of spirited disagreement. I’m in favor of people with strong opinions explaining to others why they believe what they believe. But it’s as if no one knows how to do that without hating the person disagreeing with them. They take the Battle of Ideas and make it personal.

But it’s not hard to see why this happens.

For my ENTIRE LIFE, I’ve been unable to listen to an elected official tell me something from behind a podium and trust implicitly that the information was true.

For my ENTIRE LIFE, I’ve been unable to turn on the nightly news or read a newspaper regarding something political and not assume the information was somehow politically slanted one way or another depending on the source.

Right leaners EAT UP Breitbart and Fox News and the Washington Times.

Everyone believes not Truth, but what they WANT to believe. They believe the stories that make them most comfortable. Always, always, always.

Very few of us, or the politicians we vote for, own their bullshit. Very few pursue truth even when it’s inconvenient. And very few are committed to helping people who have different wants and needs than “People Like Them.”

I don’t know how.

But if we could get people to raise their hands to accept responsibility for their laziness and pursuit of comfortable lies; and if we could get journalists to vigilantly pursue truth even when the truth works against the beliefs and candidates that make them comfortable; and if we could get enough people to understand that it’s possible to improve circumstances for EVERYONE—not just certain groups at the expense of others—then, just maybe, we have a chance.

When OUR WAY = GOOD and THEIR WAY = BAD, our relationships suffer greatly before eventually breaking.

True in all human relationships.

The root causes of our political horrors are the VERY SAME as those of our shitty marriages and broken families.

And the solutions are the same, too.