How to Have a Good-Enough Relationship 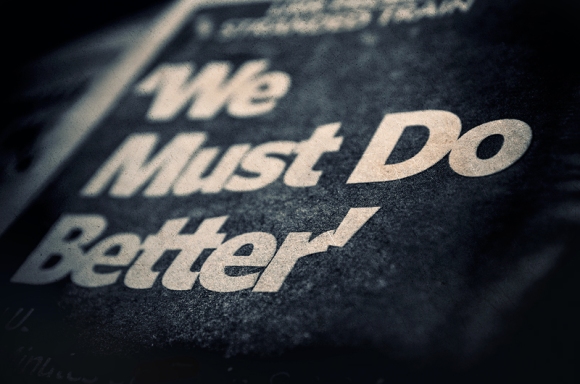 Fair question, I thought, since I’d just written a list of things that WERE NOT enough, without offering any thoughts on what is. In Diagnosing Relationship Failure is not for the Self-Assured, I listed a litany of conditions that are great for relationship health, but which I think are things people (often men) use to “Yeah, but… !” their partners during arguments. I know how pathetic it is because it’s how I used to think.

EXAMPLE: Husband works late without communicating it to his wife, who came home for the day and spent two hours preparing a meal for their “date night” while the kids were with grandma. Husband forgot because he has a brain like mine, or he simply decided that a project on deadline was more important than making it to dinner with his wife.

Wife: “It would have been helpful if you’d told me about your busy work day BEFORE I spent two hours making all this. It really hurts that you didn’t bother letting me know you’d be late. This is so typical of the things you do that show me how you don’t respect me or this marriage.”

Husband: “Wait a damn minute. What about that new car sitting in the driveway we’re shelling out more money for precisely because I respect your job and that you needed a new one? It’s not like I was trying to ruin your night. I just forgot. I wasn’t out boozing with my friends. I was earning money so that we can live in this house and help our kids go to college!”

Wife: “You forgot because you don’t value our relationship. You only remember things that matter to you.”

Husband: “Things that matter to me?! [Insert spoken list in Asshole Voice® detailing all of the sacrifices he feels he makes on her behalf.] Talk about being ungrateful! Stop treating me like I blow all of our money on gambling like your brother, or shove you into furniture like Jim does to Lisa.”

I used to do it all the time, even if I didn’t always speak the words.

I thought because I was a nice, friendly person who didn’t have addiction issues, wasn’t physically abusive, wasn’t engaged in criminal activity, wasn’t a threat to abandon our family, was educated and employed, and contributed financially to things she cared about which I didn’t, that I was—by default—a good husband.

I thought because I wasn’t what I envisioned a bad husband to be, that I couldn’t be one. As if bad-husband behavior could ONLY be whatever I defined it to be.

Want to get divorced and/or be a life-long asshole?

Tell people you hurt that you’re NOT actually hurting them no matter what they say, or that YOUR definition of what something is or is not is the only true metric by which to measure Life Things.

You are wrong. A LOT. About many things. Life gets so much better when you stop treating those around you as if their individual life experiences are incorrect figments of their imaginations.

“Being home every night isn’t enough.

“Not being verbally, sexually, or physically abusive isn’t enough.

“Not sucking as much as that other husband or wife you know isn’t enough.

“Being a good parent isn’t enough.

“The hopes and dreams you think you share aren’t enough.

“A fatal flaw or shortcoming or too-small-to-notice crack or untightened bolt flies easily undetected when things appear to be functioning—maybe even well.

“But the truth is the truth, no matter what you want to believe.

“Believing you are a good spouse DOES NOT make you a good spouse (just as someone else telling you what you are doesn’t necessarily make it so).”

‘Enough’ is Whatever Two People Agree To

If one person disagrees, it’s not enough.

“Enough” is what a husband or wife agrees is enough. Nothing more, nothing less.

In my first job, I could come and go as I please, and didn’t have to tell anyone why or where I was going or anything. That was enough.

In my second and third jobs, I’m generally expected to be in the building between certain hours every day.

In my first job, I could wear whatever I wanted. I wore shorts and jeans all the time (it was in Florida), except when I had a high-level meeting to attend.

In my second job, we had casual days every Friday.

In my third job, we only have casual days once per month, with some randoms thrown in.

You will have your own personal opinion about those schedule and dress-code policies, and you are entitled to it.

If you start a company today, you can establish whatever rule makes the most sense to you. There’s no right or wrong. There’s just the way it is, and then people get to decide whether they’ll put up with it. It’s something that’s agreed upon upfront.

If I wore shorts and jeans every day, or came to and left my office without telling anyone in my current job, it wouldn’t take me very long to get fired. Maybe a couple of weeks, tops.

Even though that EXACT behavior was totally okay and part of the cultural norm in my job 15 years ago.

There is no universal Enough.

Just because your partner thinks it’s fine to snort coke and shoot whiskey in front of your school-aged kids DOES NOT mean you have to think it’s okay.

And just because your partner insists on home-schooling your future kids because he or she doesn’t want them exposed to kids saying bad words and talking about sex in junior high or middle school DOES NOT mean you have to agree that that’s the best way to raise them.

LONG, LONG, LONG before we marry, we are supposed to outline our values. We communicate them VERY clearly through our words and actions. If you don’t, there’s a good chance much of your life sucks.

Marrying or even seriously dating someone with conflicting values is a recipe for disaster. Always.

Marrying or even seriously dating someone who repeatedly violates your well-communicated boundaries is next-level foolish. Always.

We communicate our values.

We ENFORCE our boundaries. And, (this is really important) we walk the hell away once they are violated by someone who KNEW they were doing so.

I don’t care if that’s cheating, or speaking profanely, or leaving a dirty glass by the sink.

A boundary can be anything we determine it to be. It doesn’t matter whether it seems reasonable to the other person, but we damn sure better communicate those boundaries BEFORE exchanging “I promise to love you forever!” vows with them.

Have a boundary. Enforce it dutifully.

That process organically filters out the crap.

What’s enough? You decide. And in a marriage WE decide. Two of us—together.

With all due respect to the vast majority of humanity, discovering major value differences between you and your partner, or experiencing a blatant lack of respect for your personal boundaries AFTER marriage is a clear sign [* insert southern-twang voice*] you done effed up.

An honest and transparent person who communicates their wants and needs to someone they are dating, and then in love with, and then committed to; and their partner providing the same thing in return.

Simply because they love each other.

Preferably more than they love themselves.

83 thoughts on “How to Have a Good-Enough Relationship”