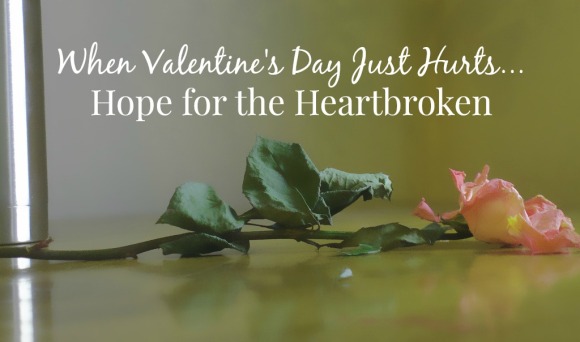 I didn’t want to write about Valentine’s Day. I wasn’t thinking about it at all. But it turns out, THAT is the entire point. (Image/freepromotoday.com)

The text read: “I’m telling you now, so we don’t have to have a guilt-ridden conversation later. Today is my bday. Holla! And I am expecting a good V-day post in honor of it.”

“Happy birthday! A V-day post!? What would I possibly write about?”

“I don’t know! About being single on Valentine’s Day?… Unlessss… Wait, do you have another secret girl?!”

(For clarification, said “secret girl” was someone I went out with a few times, and it represented the first time post-divorce that I believed something serious might be happening. It wasn’t.)

“I do not. But I also don’t feel loneliness anymore,” I said.

“How could it be self-indulgent when… so many people follow you with the HOPE of one day, being on the other side?! Those ‘I’m not feeling loneliness anymore’ posts are very important to your story. I think.”

Here’s the thing: I can’t remember me three years ago. I remember wanting to die. But recreating traumatic emotion is, thankfully, not a skill I possess.

I won’t pretend to know what other people feel at the end of their marriage. It was all, just, very bad at my house. I spent 18 months in the guest room. That’s, what? About 540 consecutive mornings of waking up and realizing your life is shitty and your wife doesn’t want you? That takes a toll.

I tried to stay hopeful.

On that final Valentine’s Day, I got her a card. The one I received came from our son, but not her. The depths of my denial were apparently limitless.

April 1, 2013 was the last time I shared an address with another adult.

Loneliness is a State of Mind

I can’t explain the depths of the pain, fear, sadness, grief and anger I felt. I had no idea simply being alive could feel like that. You either know what I’m talking about, or you’re very fortunate.

In the early days, I was with friends constantly. If I wasn’t home with my son, I was out having drinks. I stayed busy and surrounded by others because spending too much time in my empty house taught me how loud silence can be.

Friends and family were checking in constantly. I have never known lonely like I did then.

You can be standing in the middle of a bustling New York City sidewalk and feel lonely.

And you can be sitting alone on a lakeside picnic table soaking in a gorgeous sunny day with no one in sight and be the furthest thing from it.

We can’t cure loneliness simply by surrounding ourselves with others.

It has to be the right others. But broken insides don’t heal from the outside in. The healing has to start from the inside. And we don’t have much control over how long it takes.

When you first get divorced following 34 straight years of pretty much always being with someone in public, you feel like the biggest loser imaginable when the restaurant hostess asks whether anyone will be joining you.

“Nope. Just me,” I’d say, and then imagine what she must think about me since she probably thought I couldn’t find anyone who wanted to join me.

I’d sit there on my phone, or with a pen and notebook, and I’d meet the eyes of other diners, all of whom had at least one person sitting with them. I felt like every one of them was sending me pity vibes each time we made eye contact.

I irrationally believed everyone who saw me could tell my wife had moved out and thought I was pathetic, when the truth is they likely didn’t give me a second thought.

When you spend 540 straight nights in a guest room, then your wife leaves you and seems a million-percent happier about it than you, really bad things happen to your mental and emotional make-up.

I wrote honest stories here about how it felt. About how afraid I was of everything. A bunch of tough guys read some of it and internet-yelled: “Be a man, pussy!!!”

But, they can all suck it.

When all you have ever known is companionship and connection, being alone and feeling the disconnection of divorce and celibacy and your child being gone half the time is the recipe for profound loneliness.

It’s not something you earn.

You have a million questions following a painful divorce, but I think the one you care about the most is: When will I feel like myself again?

Everyone and their individual situations are different. Maybe it’s easier for people to move on when they don’t have children and don’t have to see and speak to their ex constantly. Maybe people who have been through traumatic life events prior to divorce don’t think it’s as bad as the rest of us do. Maybe some people brush off divorce easily because of their emotional wiring in the same way some people can roll their tongues while others can’t.

A year later, it was still hard.

Two years later, it was much less so.

Three years later? I spent two hours yesterday morning with my ex-wife and her new significant other, and there were zero ill-effects. He’s a good guy. We have history. And I count my blessings every day that he is in my son’s life instead of an unknown entity or someone who sucks.

You don’t “earn” healing. There isn’t a “best way” to heal in order to speed up the process. If you hurt, you just hurt. And it doesn’t stop until it stops.

There are no shortcuts. Just masks. Alcohol. Drugs. Sex. People use them to numb the pain. To escape.

The only escape is the other side. The only way is through it.

The Earth spins around every 24 hours. It fully orbits the sun every 365.25 days.

And here on the ground a million imperceptible things are happening inside our hearts and souls. We watch the sun rise and set. We watch the clocks tick off the minutes. We flip the pages on our calendars.

And then we wake up, and it’s tomorrow even though it felt like it was never going to get here.

The days are dark at first. We feel out of control. We sometimes question whether waking up tomorrow is even worth it.

But early in the process, I thought of something important. It’s true, and it has stuck with me, and I will never stop saying it:

Someday, the best day of our life is going to arrive. The best thing that will ever happen to us, will happen, or at least something awesome that makes every day after more inspiring and life-giving.

Someday, we will be presented with a new opportunity or we will meet someone who will maybe become the most important person in our lives.

Since looking forward to awesome things is one of life’s greatest pleasures, I always figure: Why not start now?

Something good and beautiful is out there waiting to randomly bump into us in the future. Look forward to it. Choose hope.

And when that day arrives, we get to connect all the dots. We get to see how everything needed to happen exactly as it did. We get to have this beautiful and important thing in our lives and we get to know that all of the shit we crawled through was worth it because it was the only path to now.

I used to say it even when I didn’t feel it: Everything is going to be okay.

It’s three years later, guys. And everything is okay.

Today just might be the day the best thing that ever happens to me, happens.

And if it doesn’t?