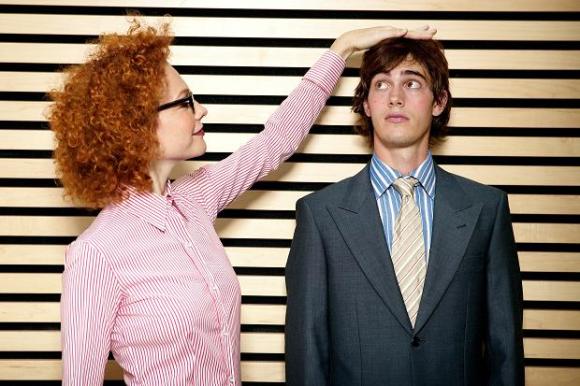 If we are referring to orgasms: Absolutely. I mean, you want her to like it and want to do it again, right? Sure, you do.

But in the Game of Life, as most people mean it when saying that phrase? I call bullshit.

I see it over and over again.

Because I’m a guy, and because Neil Strauss commercialized the pick-up artist industry and perhaps inadvertently turned the “seduction community” into a mainstream thing, I am often bombarded with “Here’s How to Get More Chicks!” marketing messages or “Be a man and learn some game!” blog comments.

It’s all coming from the same groups many of you may already be familiar with: MGTOW (Men Going Their Own Way), The Red Pill, or anyone identifying himself as a PUA (pick-up artist).

Like most things in life, it’s not as black and white as it might seem. There are lessons to be learned about self-respect, self-confidence, and general life tips for more effectively meeting strangers. A lot of guys suck at walking up to a pretty girl at the grocery store, striking up non-awkward conversation, and generating enough mutual interest for her to want to exchange contact information, or possibly date or sleep with him.

There’s an endless string of irrational thoughts we invent in our own minds whenever we’re afraid of something and missing too much information. If we all walked around wearing signs: “Hi. I’m Tabitha. I’m divorced. Single. Have a son in fourth grade. Two dogs. I’m friendly. Please feel free to say hi!” or “Hi. I’m Linda. My relationship status doesn’t matter. I’m an introvert and don’t want to talk to you. Ever,” it would make things a lot easier for all parties.

To be sure, the PUA community sometimes offers valuable advice and perspective for men with self-esteem issues, or to decent guys who know too well the stomach-turning feeling right before walking up to a girl while praying none of the bad outcomes you just imagined in your head actually happen.

But, let’s be honest. Like totally, no-bullshit, let’s-not-pretend-this-isn’t-true-for-politically-correct-reasons honest: Most of these guys are assholes.

Some are not assholes. Some are pro-men (not anti-women) in much the same way most people who identify themselves as feminists aren’t anti-men. This is my one-size-never-fits-all disclaimer.

I know all of these guys are not misogynists.

I know all of these guys do not live lives that revolve around how much sex they have.

I know all of these guys do not think men are better than women.

I know all of these guys do not lie to women for the sole purpose of sleeping with them while secretly planning to never speak to them again.

But, right or wrong, I get the impression that many—probably most—do.

These men do as much good for the reputation of men as white supremacists do for caucasians.

This morning, someone was trying to sell me a book via email that would help me “slay hot chicks” and learn an important life secret about “Why nice guys will ALWAYS finish last.”

My “dishes” post received more misogynistic comments than I care to count, and a ton I couldn’t approve because I wasn’t going to let douchebag strangers call female commenters or my ex-wife the most-vile names our language has for women.

So, I’m going to pick on Jeff, who left this gem yesterday under She Feels Like Your Mom and Doesn’t Want to Bang You:

“Ha! You are so wrong and all of your dweeb followers. Women belong in the kitchen making sammiches. When i did all that shit and i mean all of it (i had to teach my wife how to bath and diaper our child etc etc) i cleaned cooked, house work. I think the most she did was grocery shop so she could find the most expensive organic produce. I had less sex. Now i dont do shit and have more sex. If she is home all day she can clean my underwear. If she wants me to do all that shit again, i will just take her debit card from her, hire a maid and get meals for myself and she can mve out.

“Its a fact that prostitutes are cheaper per sex than a wife.

“If my wife complains i ask her to go to work and i would be more than happy to stay home and clean and cook and talk with family and friends at my liesure. That shuts her up.”

That’s a solid example of the kind of guy I’m talking about.

He thinks because I’m single and not sleeping with a bunch of strangers all the time that I’m living incorrectly. And he thinks he has it all figured out and has mastered life because, if his comment is to be believed, he’s married to a subservient sandwich maker who blows him on demand.

I hope he’ll believe me when I say I don’t envy him.

Hey Guys! You’re Going to Get Old and Die

This may be hard for some to understand: I don’t think men should measure their lives by how much sex they have.

I know what cheap-and-meaningless looks and feels like. Maybe it makes you feel good. I don’t know. I only know what I experience. I don’t get it. I’ve never liked it.

I know what meaningful looks and feels like. That has always been good. I’ve never found it difficult to tell the difference.

Rather than pretend to be someone you’re not to get laid, why not make the real version of you awesome?

Rather than lie to con women into bed in order to feel accomplished, why not tell the truth to do so and see how much better it is?

Rather than disgrace our gender with pick-up tactics somewhat indistinguishable from sexual assault, why not behave with code and honor?

You don’t have to trick people to get them to consider you interesting. All you have to do is learn enough about something (you know, like you did with PUA tactics) to exhibit a little depth and intellect, and then you actually BECOME interesting in real life to anyone with similar interests.

The Measure of a Man

I think how much a man knows is worth more than how much sex he has.

I think how much skill a man acquires through hard work and practice is worth more than how much sex he has.

I think how successful a man is at achieving a harmonious and mutually beneficial marriage or relationship is worth more than how much sex he has (though, to be sure, he’ll be having a lot of sex in this case).

I think how successfully a man prepares children for adulthood and earns their love, admiration, respect and appreciation, is worth more than how much sex he has.

I think the stories people tell about a man at his funeral is worth more than how much sex he had.

I think how it feels in the silence—when all the lights and noise are shut off and there’s nowhere to hide—is a good barometer for how well we are living.

I think kindness and treating people well (including ourselves), striving to walk the higher path and sacrificing for something greater than ourselves, is a more noble effort than carving another notch on a bedpost.

I don’t know what the true measure of a man is. But I know this bullshit, Fuck People Over so I Can Periodically Feel Good for an Hour and Never Contribute Anything Meaningful philosophy ISN’T it.

We’re all going to die one day. And maybe we’ll have a little time to think about it before we do.

I already have enough regrets to reflect on when that day comes.

Maybe you do, too.

Measured in any way that’s not morally bankrupt, or in penis-disease quotients?