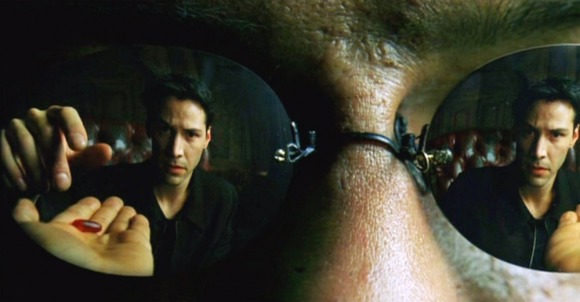 This post is totally not about the Manosphere. You’re welcome.

I don’t know how much of my life is real.

Less than half, maybe.

Sometimes you just have to stop and shut the fuck up for a minute. Just stop. And every ounce of focus and energy you possess is dedicated to being still. Just breathing. For a moment, there is nothing else. Because you’re not thinking about yesterday. You’re not worried about tomorrow. A total investment in that next breath.

The faintest hint of a smile on your face.

That’s one of the few times you can know it when no one else is around: This is real. I’m alive.

Not everyone would feel it sitting at a Las Vegas poker table the way I do. Check. Bet. Raise. Re-raise. That’s right. Ship those chips, sucka.

Not everyone would feel it sitting at a keyboard. Tap-tap-tapping until things I think and feel morph into words.

But I hope most people feel it when I feel it most. In a crowd of good people, a bunch of friends, laughing, sharing. Connected.

Less than half my life is real.

It’s not real because I spend a lot of time mentally in the past. A place that no longer exists and where pain and sadness sometimes live.

It’s not real because I spend a lot of time dreaming or worrying about the future. A complete fantasy impossible to predict because we have no idea what’s going to happen five minutes from now.

It’s not real because I watch TV and movies more than I should.

It’s not real because of books and video games.

It’s not real because so much interaction with others happens via a digital device or on an internet platform.

I’ve always wanted this to be me. These words right here. But the truth is: They’re not, and can never be. Because however many hundreds or thousands of people ever read this stuff… they don’t (and can’t) see me as I am. They fill in the blanks like all of us do when we read books and stories. Our brains plug the holes with guesses, and we invent something that isn’t real.

I’ve been divorced more than two years now. In that time, I haven’t met or dated even one person locally who could conceivably be a serious girlfriend or potential stepmother for my son. That fact comes up in conversation sometimes.

“Do you want to have more kids?”

“Women who read your blog love you, Matt!”

I hear that sometimes, too.

I always answer it the same way: “Yeah, but it’s total bullshit. They don’t like the real me. They don’t know me. They like the version of me they invented in their head.”

And then I remind them what I just told you. Even though I’m pretty nice, reasonably funny, semi-attractive, passably competent, gainfully employed, and open to meeting people, the net result of two years of being alive as a single mid-thirties dad is: zero potential girlfriends. I wish I was kidding.

‘Maybe you should try online dating!’

A bunch of people know this already, but this blog was intended to be a dating blog when I first launched it. I thought it would be hilarious to be this emotionally wrecked, ticking time bomb, cliché, middle-aged divorced guy doing all the things those guys do, and then tell the stories along the way.

And I was trying to online date, but I was shitty at it in large part because I hated myself and wasn’t emotionally ready to be dating anyone, anyway, and was stupid for trying. Instead of owning that, I blamed my height since so many girls who online date only want to date tall guys, even if they’re only 5’1”, themselves.

That always annoyed me. Hence the name, Must Be This Tall To Ride.

Even though my motives for quitting were wrong (pride), I think I was right to not use online dating in an effort to fill the companionship void after my divorce.

It’s another part of this Fake Life problem I feel like so many of us have.

It got me thinking about this Culture of Disconnection we live in, DESPITE living in the most-technically (and technologically) connected time in human history.

It’s almost as if the more fiber-optic lines we lay, and servers we build, and devices we create, and online communities we join, the less-connected we feel in our actual, physical and spiritual, real lives.

The ones that are true and real when we first wake up in the morning.

The ones that are true and real when we’re standing in the shower shaking out the cobwebs or contemplating whatever today’s top concern is.

The ones that are true and real when we’re with all the people who really know us. When all the digital image management programs aren’t running. And it’s just us, live and in color, being a God’s honest human being with other people.

I don’t mean to disparage the Internet or social media. I am a happy and willing participant, particularly in the blogosphere. (Is that still a word?) And it’s a bona fide MIRACLE that grandparents living far away can FaceTime and Skype with their grandchildren, and that we can more easily than ever before stay in touch with people far away who mean so much to us. It’s so much better than no contact at all, and I’m grateful to be alive when these things are possible.

But when I take an honest, no-bullshit look at my own life?

I lean so heavily on escapism. A show I’m binge-watching on Netflix, or some new-ish movie on HBO GO.

And my biggest crutch? This phone. But not to speak. Not much.

Many days and nights, I didn’t feel lonely because I had people there, typing back to me in those little gray text bubbles.

And thank God. This is not a BAD thing. It’s not bad that we can stay in touch with people and not feel lonely for a moment.

But it’s a Band-Aid solution, and not even a particularly good one. Like a shitty, generic drugstore-brand band-aid.

Because sometimes our faraway friends get busy.

And even that little gray text bubble isn’t talking back anymore.

We get afraid. I’m not even sure of what.

But if you’re divorced or perpetually single and don’t live by a bunch of friends and family, you don’t need an explanation. You just get it.

And so the Magic Internet Elves invent all these tools for people. Facebook and Twitter and Instagram. Where people can paint whatever picture of their lives they want to.

Awesome. Great. Fine. But is it real?

And they invent online dating. Where people can Swipe Right and Swipe Left and send winks and messages to strangers based on a few strategically selected photos and their best sales pitch.

Awesome. Great. Fine. Now it’s really easy for single people to find each other. But is it real?

But I know that none of us have as much time as we’d like. I know that time goes so fast, even when I’m just sitting at home alone. And I know I don’t want to spend my life dead.

I’m not sure what it looks like. The life where I always smile and know I’m all the way alive again, connected and whole.

But I’m pretty sure it’s not going to happen watching that movie or liking that Facebook post.

Whenever I find myself unsure of what the next move should be, there’s only one thing left to do.

The faintest hint of a smile on my face.

Because it always comes to me.

27 thoughts on “Our Fake Lives”