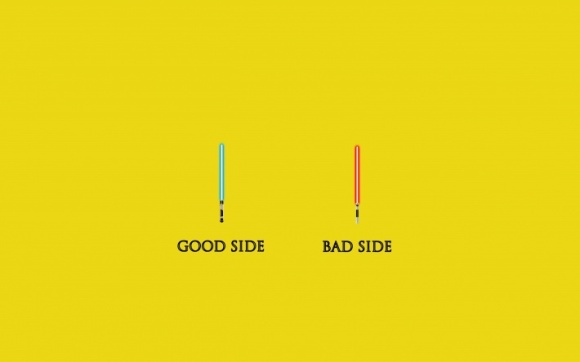 Everything was hazy and surreal in the smoke-filled room. It’s because four of us just burned a massive blunt. I was pretty high. There was nothing particularly weird about that. In college, I was often pretty high.

“Where do you have to go?” my friends asked.

“Bible study!? You can’t go to bible study!” my roommate said. He didn’t say it because he, or anyone else in the room, had a problem with faith or bible studies. He said it because I looked and smelled and was acting exactly like someone who had just smoked a lot of marijuana, and he figured—perhaps correctly—that it wasn’t an appropriate time to study Scripture.

You know, because in college, I was often pretty high.

In January, an exceptional guy about my age died. Everything was fine. His wife was pregnant with their fourth child. He was in excellent physical condition. Then, the doctors told him he had cancer the day after Christmas. And he was gone a month later.

The story hit me hard. I had never met Paul Coakley. But I knew quite a few people who were close to him in college and stayed in touch into our adult years. The story was tragic and touching and I wrote about it.

A random Google search yesterday led one of Paul’s friends to that post. They shared it on social media and now several hundred people have read it, and many of them shared it some more.

Because that happened, more people I know in real life discovered this blog. The world closes in on me every time that happens. More people to judge the adult version of me. A version of me so different from the one they might remember when I was young, confident, always positive and optimistic, strong, brave, and afraid of little.

Now, they’ll find someone else.

A divorced single father who hasn’t lived up to his own expectations. A guy who failed to achieve professionally, socially and spiritually, the life I’d always envisioned.

I’ve been writing here for two years now. I’ve grown accustomed to many people reading the things I write.

But it feels so different when it’s someone you know. People you respect deeply and maybe wish didn’t know about all your skeletons. The skeletons on display here. I used to joke a lot about my mother and grandmother finding this place and freaking out. That will probably happen one day.

I use my first name and I show my face because I feel like a fraudulent coward if I don’t at least do that.

Someday, I’ll have to own all of it. It still scares me, even though I’m actively trying to care less.

Relativism (the reality of things being relative to one another—not the philosophical doctrine) is a funny thing.

Some people have seen and done things many of us can barely fathom. Especially some kid from a quiet little Ohio town, like me. Those people read about me smoking pot and all the keg parties and my bouts with conscience regarding sexual desire as a young kid in church, and probably roll their eyes, because to them—Who cares!?

Others living purer, more disciplined lifestyles might be more offended by my casual references to sex or my somewhat cavalier use of bad words. And I still worry about what other people think of me. It’s a weakness. I’m working on it.

Except, here’s the thing: I KNOW everyone feels most of the same things I feel. Because I’ve been alive 36 years and that’s enough time to figure out a few things.

I wasn’t allowed to watch PG-13 movies when I was 13. I grew up in one of those houses.

So it makes total sense that I wanted to party when I got to college and lived on my own. It’s totally human to want to learn and experience things for oneself.

The sex stuff? Everyone who claims to not understand is a dirty liar. Most people just don’t talk about it.

Everyone has a different definition of good and bad.

Behaviorally, I’ve long been a I’d rather laugh with the sinners than cry with the saints kind-of guy.

Philosophically, I’ve always wanted to be a good person.

The older I get, the less I understand what it means to be a good person.

I only know that’s what I want to be.

I don’t know if it’s possible to bridge the gap between the righteous and the fallen. Because most of us don’t even know for sure what either of those things mean. But if there is such a thing—a bridge?

That’s who and what I want to be.

If This is Low, I’m Looking for High

Being stoned during bible study is a metaphor for my life ever since discovering there are emotional consequences to various life choices.

Using the loose definition of these words, I want to be bad and I want to be good. I can’t look you in the eye and honestly say that I don’t occasionally want to do things I loosely define as “bad.”

I don’t know what it means to be a good person, but a good, loose definition might be someone who follows their conscience. Someone who has principles and sticks to them.

I’m certainly guilty of not always doing that.

I got high a lot back in college because I liked having fun with my friends.

I went to bible study because I liked the idea of pursuing a higher path (no pun intended).

And I’m always trying to offset some of the bad with some good. Like maybe if I do a bunch of good things, I can erase some of the bad things, even though I’m pretty sure it doesn’t work like that.

Like I’m trying in vain to scrub away some dirt in a foolish attempt to convince people I’m better than I am.

But I’m not better. I’m just whatever I am.

And if I ever did get to the top, I’m not sure I’d know what to do with myself.

I’m sure the view is nice.

I dig the climb.