29 Comments
By Matt Being Human, Life

Don’t Believe Everything You Hear 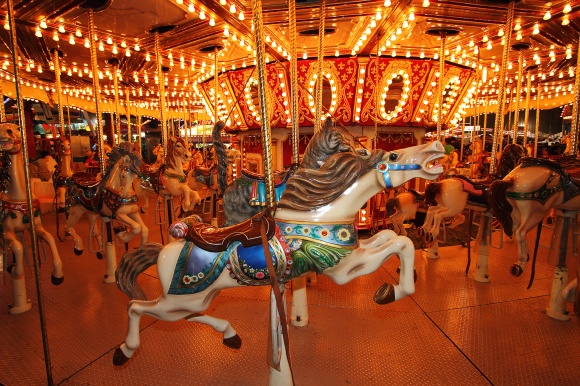 A convicted child rapist’s face was being shown on TV.

He was 19, and convicted of molesting a 3-year-old girl (which is heinous and disgusting in every imaginable way).

I was sitting in the living room with my mom who was visiting. She joined the chorus of people absolutely infuriated by this judge’s actions.

“Doesn’t this upset you?” she asked. “What if that was your son?”

“Assuming it’s true, it’s troubling. Yeah. I don’t know enough to make a determination one way or the other.”

“He was convicted of rape, Matt,” she said.

“Sometimes an 18-year-old has consensual sex with his 16-year-old girlfriend and gets convicted of rape.”

“All I’m saying is I don’t always believe everything I see on TV. In my experience, there are always two sides to every story,” I said.

“This judge was way out of line,” she said.

My mother often works as a substitute school teacher.

I didn’t know as much about that particular case as I do now. I think that kid did sodomize a 3-year-old family member, and it’s immeasurably horrible and disgusting. And I don’t think judges should be able to arbitrarily create new legal sentences out of thin air.

That’s a life skill I’ve only learned in my thirties. I used to be like many others and rush to judgment and be wrong half the time.

I was going off.

Really getting on a roll.

Mom was the only person there to listen. I was probably annoying her the way she sometimes annoy one another.

Our education system is in crisis. Our health care system is thievery.

Our entire way of life was pissing me off, and I felt the need to unload on mom about it.

We’re born and then we get herded into the school system where we are taught what they want to teach us (Don’t learn what YOU want and are interested in! WE know better!) so that we can “get a good job someday.”

Why do we need a job?

It’s because we have to pay for a place to sleep, and food to eat, and transportation to and from our jobs, of course!

I get the sense sometimes that they—“they” being people super high up the decision-making food chain in magical Fuck-Everybody-Land—just want people to go get jobs and follow their rules, so we keep buying things.

We can’t be happy without all this stuff!!!

That’s why we need our jobs! For the stuff!

That’s why you have to play by the rules! So you can be happy and buy stuff!

I don’t like how we all got brainwashed into believing we HAD to do it this way. But with almost everyone buying in, it’s so hard to escape the machine.

You can’t quit your job! That’s THE WAY.

You can’t pull your kid out of school! That’s THE WAY.

You can’t spend your time doing what you want to do! Follow the rules! Spend your whole life working for someone! That’s THE WAY.

My mom is a very religious woman. She probably didn’t like me using the word “bullshit” so much during my little rant, but I didn’t care.

“I get it, Matt. I do. But that doesn’t exist on Earth,” she said. “What you want? What your heart wants? You’re describing Heaven. And the entire point of our time here in this life is about getting there. Nothing else matters.”

It wasn’t an unwise thing for her to say. You have no idea how much I want her to be right. I hope she is.

But you know what I muttered to myself?

Well, fuck. What if there is no heaven?

It’s because I don’t always believe everything I hear on TV.

We All Want to be the Catcher in the Rye

I just finished the book last night. J.D. Salinger’s classic ended up in a place I hadn’t seen coming.

I had no idea how the book got its name, but it all made sense in the end.

Holden Caulfield is a troubled 16-year-old feeling disenchanted about growing up in a world where it often feels like EVERYONE is chasing things that don’t matter.

He’s nostalgic for the age of innocence and he wants to be the guy saving all the children from running blindly through the field and falling off the cliff into adulthood when the world turns harsher, colder and uglier. Sometimes, people fall off the cliff before they’re adults because older, messed-up adults like the 19-year-old molester in California steal their innocence.

You feel it when the big kids tell you there’s no Santa Claus and you realize how foolish you must have seemed to believe such a tall tale.

You feel it when you find out an old neighbor man used to diddle up people you love when they were little kids, telling them: “Shhhh. Now don’t you tell anyone.”

You feel it when you get older and realize all the adults are just as messed up as you. When you realize all these people you grew up loving and admiring all have dysfunctional marriages because everyone is having sex with people they’re not supposed to or drinking too much or gambling away their life savings.

You feel it when masked men cut off people’s heads.

You feel it when police officers gun down unarmed citizens who are running away from them.

You feel it when you get divorced and you’re just like: Damn. Life wasn’t supposed to be like this.

It was so good when we were little and we just played.

We didn’t know what was really going on and some people think ignorance is bad, but maybe it’s better. Because if we’re not pursuing happiness, what are we pursuing?

You get so tired sometimes because there isn’t just one problem to tackle. There are unlimited problems.

We have more people writing hate onto walls than we have people to clean it off. It’s because we all get so tired and there’s never enough time.

“If you had a million years to do it in, you couldn’t rub out even half the ‘fuck you’ signs in the world. It’s impossible.” – Holden Caulfield, The Catcher in the Rye

Maybe it’s because of genetics.

Maybe it’s because God really is there feeding me the strength and grace and hope I chase constantly.

I don’t know. But I hope. I always hope.

Sometimes we’re knocked down. Other times, we fall.

But we have grit. And we get back up.

I don’t stay down long. You can’t kill me.

There is always a silver lining. Always another way to look at everything.

In my experience, there are always two sides to every story.

For one, short moment, Holden was able to feel peace.

He looked around and saw more than phoniness.

His little sister rode the carousel in the park.

And that was it. Nothing else happened.

There was nothing bad.

Nothing that might stand out to us as particularly good.

It was a moment of just “being.”

A moment full of innocence and nostalgia.

He was so happy.

We have to wake up tomorrow and pay another surprise bill or fix something that was working fine yesterday or deal with some new family crisis.

Because things always change and life always happens and we have no control except how we choose to respond to it.

It feels good to be angry about it sometimes. To point out all the phonies and their bullshit.

But maybe a better use of our time is looking forward to that next carousel ride.

That next moment of happiness.

And hold onto it for as long as we can.

And be grateful it happened.

And then look forward to next time.

29 thoughts on “Don’t Believe Everything You Hear”