21 Comments
By Matt Being Human, Life 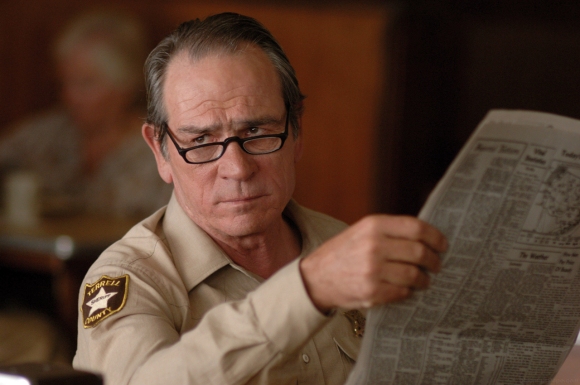 This is the face I make at Get Out The Vote campaigns. So, let me get this straight: You have no idea what any of these candidates or ballot initiatives will actually do if voted for? Well! Step right in to this voting booth!

Facebook and Google and McDonald’s and a bunch of other large, influential organizations are encouraging Americans to get out and vote today.

I have a slightly different point of view.

If it took Facebook or Google or McDonald’s or an “I Voted” sticker on someone’s shirt to remind you today was Election Day, then I submit you should just carry on as usual.

Nothing to see here.

I despise “Get Out The Vote” campaigns.

If the point is to engage people in thoughtful conversation about how to make things better and how the political process might contribute to that… great!

But I don’t think the morning of Election Day is going to give people quite enough time to get up to speed.

Everyone’s seen the videos of random TV guy walking up to people on the street and asking them who Joe Biden or the current Secretary of State is, right?

They always find a bunch of people who can’t name the current vice president of the United States or the guy who got 50 percent of the votes in the 2004 presidential election.

It makes us laugh and terrifies us all at the same time.

And it begs the question: Why do we want those people casting ballots on Election Day?

Unless you’re a dirtbag, piece-of-shit election fraud operative trying to game the system and prey on ignorance, what is the benefit of totally uninformed people blindly marking ballots? Or WORSE, voting a certain way just because someone told them to?

Why are we shaming people into voting? I don’t like apathy in the sense that so many people take for granted the many freedoms granted to U.S. citizens. Only four out of 10 eligible voters show up for midterm elections like we’re having in the United States today.

If you’re apathetic because it seems like every single politician is a greedy, lying, hypocritical prick hungry for power and NOT someone with an intense, earnest desire to serve?

I applaud you. Because it DOES feel that way.

It’s bullshit how horribly dysfunctional these people are. These people who get to dictate how much of our wages are garnished for them to use however inefficiently they want.

Imagine for a minute we had to start a functioning government from scratch. We’d sit around in town halls and we’d point to all the calm, sane, level-headed people who have proven during our time together that they have the common sense, leadership traits, and trustworthiness we seek in people we want guiding the ship.

We’d appoint brilliant doctors and researchers. Teachers and successful entrepreneurs. Real people we could look in the eye and believe in.

All the people with the plastic smiles trying to kiss our babies in red and blue ties while hoping someone was capturing the moment on camera?

Maybe I’m wrong. It happens more than I like to admit. But I don’t think those people would get many votes.

My Six-Year-Old Does Not Run My House

Want to know why?

Because he’s in first grade and knows precisely dick about anything related to the home.

He’s amazing. Wonderful. And I’ve never felt pride in ANYTHING like I do in that child.

But he doesn’t know why the lights turn on when he flips the switch. How water comes from the tap when he turns the sink handle. How his clothes get cleaned. What it costs for groceries and gas. Why the house is cool in the summer and warm in the winter.

And he’s lived in that house for SIX years! His entire life.

If I left all the decision-making up to him?

We would only eat pizza, macaroni and cheese, and candy.

We would not brush our teeth.

We would never clean or do laundry or mow.

We would never go to work or school.

We would only play on an extremely messy and cluttered floor, and we would probably break a lot of stuff because it’s fun to use things in ways in which they were not designed.

We would stay up very late every night watching television.

I don’t let my son make decisions about how we live because I’m in a much-better position to make choices that don’t leave us and our home smelling like a mixture of sweaty unwiped butts and summer-day dumpster garbage.

That doesn’t make me better or smarter. It’s really circumstantial. I’m older. Wiser. And am financially and socially invested in making sure the house is a nice, safe, comfortable place in which to live.

People really invested in the political process are not “better” or “smarter” than non-voters simply on the merits of their civic involvement.

I used to think so.

I also used to think people who worked 60 hours a week and made $1 million per year were people to admire. And now I think they’re going to die of a heart attack or cancer too young with a bunch of regrets about how they spent their time. And I think worms and insects will eat their bodies while their family and friends spend all the money they earned.

People should not feel ashamed of their lack of interest in a political system full of vile nastiness and dishonesty.

But perhaps more importantly, we SHOULD NOT be encouraging those people to vote.

Get involved? Start learning about how laws are made? Sure! Great! If you want to!

But to just go blindly start filling in circles on their ballots?

How is the country better afterward?

How is that person better afterward?

Hey son! What do you want to do tonight?

Eat pizza and candy!?!? And stay up late watching television and not brush our teeth!?!?

One wonders why I wouldn’t see that coming.