Why I’m Not Writing 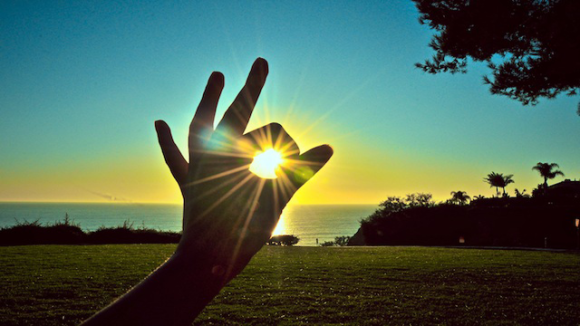 Writing for the sake of writing is important for personal growth.

But writing for the sake of writing and publishing it on this blog is an enormous waste of your time.

So I stopped doing it.

Maybe I’ll start again. I’m going to do whatever I want.

But for now, it feels important to me to have something to say.

I haven’t had much.

I started this blog because my wife left me and I lost my mind. There weren’t very many people in my life I could or wanted to discuss it with, so I turned to the only thing I knew: the keyboard.

I feel at home at the keyboard. Like an extension of me. Punching these keys is as natural to me as anything else I do. And for reasons I don’t understand and have never really explored, I know how to communicate and express myself more effectively via the (type)written word than I do speaking.

I thought I was dying. It felt like how I imagine dying to feel. And writing was medicine. Relief. It helped.

I was so hurt, so sad, so angry, that nothing else mattered. I could write anything. Because there’s nothing you could think about me that could ever make me feel shittier than I felt.

I felt so weak and helpless in my real life.

But not at the keyboard. I had my own arsenal here. An unlimited combination of words that could be written and a seemingly endless string of thoughts and feelings and experiences as I tried to document what it was like to be me. The newly single, scared-shitless divorced dad.

It mattered because you’re not alone.

It mattered because I’m not alone.

So we connected here. And I needed to feel connected to something. Maybe I still do. But everything’s different now. I just know I’m still alive.

I’m a mid-thirties single dad who just got thrust into the wild, ill-prepared and ill-equipped for the world I now face.

And I wanted to write about that experience. Because maybe some other person got divorced, too. And maybe they felt like they were dying. And maybe they cried more than they knew they could. And maybe they were scared again just like when we were kids only now their masks could no longer conceal the fear because aging without wisdom doesn’t make us more courageous.

There’s one super-important ingredient to making the writing (and the reading) a worthwhile exercise.

It Better Be Honest

It’s all bullshit if it’s not real. If it’s not honest.

A year ago, it was all: Hey! I’m sad and depressed and my life is shitty and I don’t feel like doing anything except writing about it!

And I did. And just kind of laid it all out there, raw and uncut. To the right people, it really mattered. I know it mattered to me.

I’m a pretty resilient sonofabitch. I know it doesn’t look that way when I’m pissing myself and crying like a small child and whining to anyone who will listen about how hard my life is.

I started to heal. That’s still happening. And it’s all still getting better every day.

And then, as each day passed, things were happening in my life that I no longer felt comfortable telling you about.

My relationship with my ex-wife continues to improve. All things considered, I think we’re doing a great job working together to raise our six-year-old son.

My dating life remains shitty and not discussion-worthy. Everyone who likes me lives super-far away. I rarely meet people because I refuse to online-date and because I’m sometimes a coward about introducing myself to others. I had a date last weekend and she was super-nice and we had a great time, but it was clear romance would not be in our future.

And that’s really the root of my writing “problem.”

I am not going to exploit women I meet and jeopardize friendships by writing about them.

I am not going to teach my son to love and respect his mother and then write about her personal life as if it’s anyone’s business, including mine.

I am not going to bore you with the mundane details of my life as I continue to figure out how to juggle my various responsibilities with efficiency—work, parenting, chores, etc.

If it’s not therapeutic to write, or can’t help someone, is there really any point of writing at all? Maybe. But probably not as part of what I want to be doing here in this space.

Because that person isn’t a freak. But we lie to ourselves because we’re all a little bit crazy and we convince ourselves that we’re too dumb, too short, too fat, too weird, too <insert personal insecurity here> and everyone else is so much better than we are.

And it’s an effective lie because so many of us believe it.

And we become empowered. Strong, even. When we realize that we’re not alone. That we’re all fighting the same battles, and that maybe together we can win more easily than fighting alone.

Everything is different now.

I don’t know what tomorrow looks like. But I’m not afraid. Everything is going to be okay.

I’m better apparently at writing about misery than I am about hope.

Not a bad trade, really.