42 Comments
By Matt Being Human, Life, Parenting, Stuff I Need Help With

A Robot That Does Everything For You 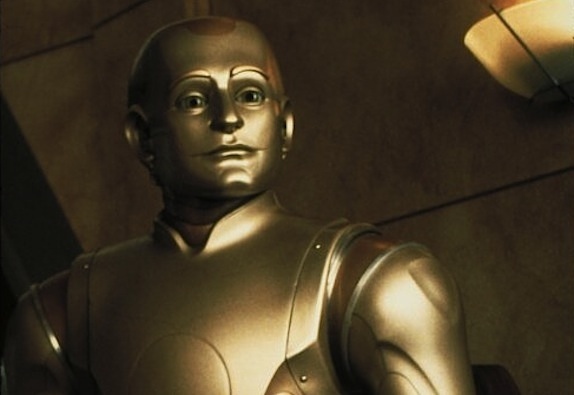 I don’t recall Andrew wiping any butts in “Bicentennial Man.” But I might have to watch it again to be sure.

“Hey dad,” my five-year-old son said. “Wouldn’t it be cool if for your birthday, I got you a robot that would do everything for you?

“Yeah, bud. That would be amazing. I would love a robot just like that,” I said.

My desk is a disaster zone. Bills. Things that need filed. Photos.

A metaphor for my entire life from an organization standpoint.

I still have some Christmas decorations in my bedroom that need put away. It would literally take me less than two minutes. A few boxes sitting right next to the storage doors.

I have a pile of laundry by my dresser. It would literally take me less than 20 seconds to pick up the pile and carry it down the hall to a closet where a laundry basket lives for that very purpose.

Both my son’s bed and my bed are unmade. I had strep throat this past weekend and haven’t washed my sheets yet. It would literally take me three minutes to make both beds.

There’s a pretty disgusting fish tank sitting on my kitchen counter right now. I intend to clean it tonight, assuming I don’t drink myself into a nerve-wracked stupor.

Several months ago, a little girl who was at the house playing with my son dumped an entire bottle of water-treatment bacteria into the tank. (There were no fish in it. It’s the Tank of Death™.) The water got really cloudy and gross.

I just left it there to run every day until two nights ago when I took it downstairs to my kitchen.

It’s a freaking miracle we don’t have SARS or bubonic plague or scurvy.

I’m glad it’s there, because it makes the stack of dishes seem less unsightly.

Can robots get scurvy?

“Hey dad!” my son yelled from the bathroom. “Wouldn’t it be cool if we had a robot that would wipe our butts for us?”

He thinks things like that are hilarious and it’s totally my fault.

“A butt-wiping robot? I don’t know, man. That sounds dangerous,” I said.

It was bath time.

Every time we had a new task, it was: “Dad. Wouldn’t it be cool if we had a robot to do…” whatever it was we were doing. Scrubbing with soap. Washing and rinsing hair. Drying off. Brushing teeth. Combing hair.

A butt-wiping robot? This boy is displaying subtle signs of laziness.

I worried for a minute. I’m a worrier.

I stepped into the living room to shut off a couple lights before taking my son upstairs to tuck him in.

When I’d last left the room there were plastic and rubber reptiles and dinosaurs scattered everywhere.

He had picked up every single one without me asking and put them in one of his toy bins.

Today, I had to take my son to school for the very first time. Usually the day care lady manages this process.

Somehow, we didn’t have any of his shoes at the house. They were all at his mom’s or at the day care family’s.

Snow boots weren’t going to cut it. It was gym class day, he said.

I called my ex-wife. She was kind enough to leave her office and run home to get us a pair.

Maybe a robot could have made us a cool pair of shoes or run to my ex-wife’s house for us to pick them up.

I drove to the school.

When I was in school, things were simple. There was a building. And when you arrived at the building, you could just go inside of it.

Now, thanks to shitbags and psychos intent on harming children, there are all these rules preventing such convenience.

And it became obvious right away: I was doing it wrong.

I was waiting in a drop-off lane.

One lady two cars back was VERY disappointed with my choices. I could tell by her honking her horn.

She pulled out of line and drove up next to me. I thought she was going to say something to help point me in the right direction because clearly I looked like someone who didn’t know what he was doing.

I rolled down my window with a smile on my face eagerly awaiting her helpful advice.

“There’s a whole fucking parking lot right there, asshole! Why don’t you try parking in it?!?!?” she yelled, not very nicely.

And because I’m REALLY tough when I’m safe in my car and firing back at bitchy soccer moms, I was preparing to retort: “Yeah! Cool! Yell at me! I’ve never been here before, you mouth-breather! Thanks for the help!”

But I didn’t have the satisfaction, because she drove away like a coward after verbally abusing me.

“Why did that person yell at you, daddy?” my son asked.

Maybe a robot could have gotten out of the Jeep and robo-punched her in her stupid face.

I am getting better.

At managing my life. The adjustment is a gradual one. And I’m a talented procrastinator even in the best of times.

I was joking with a few guys at the office about how I need to invite people over to motivate me to keep my house in tip-top shape.

“So THAT’s why you don’t have parties anymore,” one said.

Another guy said all will fix itself once I have a woman back in my life again.

“I have enough trouble getting dates as it is,” I said. “Maybe I should throw in the all-enticing offer to help clean my house.”

That does sound nice, though. Right, single people?

Someone to talk to?

Someone to sit with?

Someone to wake up next to?

But maybe the kid’s onto something.

I wonder what Johnny 5’s up to these days? 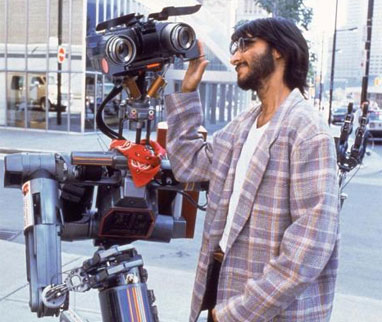 42 thoughts on “A Robot That Does Everything For You”