62 Comments
By Matthew Fray Being Human, Life, Stuff I Need Help With

The Calm Before the Storm 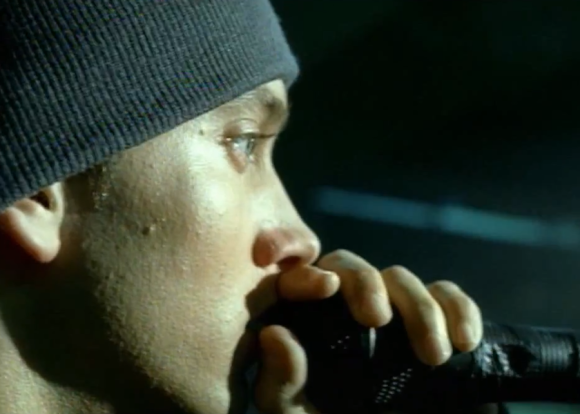 “His palms are sweaty, knees weak, arms are heavy
There’s vomit on his sweater already…” ‘Lose Yourself,’ Eminem

Hundreds of thousands of people used to read my newspaper stories whenever they would get distributed nationally or globally by one of the news wire services.

My full name. First and last. There for a reader’s judgment.

But when you’re a newspaper reporter, most people don’t pay attention to the little byline.

All that matters is the masthead.

The Wall Street Journal. The Chicago Tribune. The Washington Post.

Or the papers I wrote for.

That’s who wrote all those stories in the minds of most readers.

I love when that little notification goes off on my phone letting me know that someone new is following the blog. Someone read something. It resonated with them. Then they hit the button.

Let’s see what else this guy’s got, they think.

Maybe they read some old stuff. Maybe they only read whatever happens next. I don’t know.

Slow, steady growth. That’s how business owners like to do it. It’s manageable. It’s sustainable.

But Sometimes it is Scary

I’m afraid of what you might think of me after I write something.

I’m afraid of what any friends I have reading this blog might think of me.

I’m afraid of what my ex-wife thinks of me.

Because now the masthead is me. I am the publication.

My heart and soul lives in the words on the screen.

I Have No Idea What’s About to Happen

She indicated she plans to shine a spotlight on the blog for a regular feature called Choosing the Perfect Blog Name. It’s something that was published at The Daily Post, and is the way I discovered a handful of really good bloggers.

She said she loved the name Must Be This Tall To Ride.

Choosing the Perfect Blog Name is such a popular feature, she said, that WordPress is going to start running it on its primary news blog in 2014 for a larger audience.

The number of people following that WordPress news blog as of right now?

I wrote about 500 words for a three-question Q&A. It’s scheduled to go live on Wednesday.

And then more people will read things I’ve written than ever before.

I just know that the unknown scares me. A lot.

But then something happened and I’ve felt better ever since.

A popular blogger—Opinionated Man at HarsH ReaLiTy (30,000-plus followers)—asked readers to, in less than 500 words, tell him what they would do with a larger audience.

“What would you promote or what are some of your goals in regards to blogging towards a larger portion of the world?” he asked.

I pondered that question for a minute.

Then I wrote him this…

What I Would Do With a Larger Audience

I started writing to help myself.

But then, one comment at a time, the truth revealed itself to me.

When you tell honest, personal stories to people—to people who feel the same pains, the same fears, who have the same hopes and dreams—you help people by accident.

When your wife leaves you, son in one hand, suitcase in the other, your worldview is shattered.

I’ll always be there for my son.

I have a bright future.

When you have a wife and son, you have purpose. A reason for breathing. A reason for waking up every day and doing all the things we don’t necessarily want to do.

Without the family, you don’t have purpose anymore. It evaporates. Instantly.

You can’t make sense of it because she said “forever.” I’m sure I heard her right.

I never bought life-explosion insurance. So when the bomb went off, I didn’t know what to do.

I freaked out. Called a therapist. She found out I write. Encouraged me to journal.

Write for just me? Spew words onto the screen but don’t let anyone else see?

I took her advice and started journaling. Only, dammit, it wasn’t going to live in the shadows.

THIS IS WHO I AM!, my writing would scream.

Because it has to matter. Or else, what’s the point?

I want people to know that I cry sometimes.

That I make mistakes.

That I sometimes get stuff right.

I’m not courageous. I’m not.

But I’m not afraid to tell people who I am and who I want to be.

These are the things that move people. That stir their emotions. That light fires.

And lift one another up.

One powerful word-inspired feeling at a time.

And despite my tendency to wander off into immature playfulness from time to time, at the end of the day, my writing exists to explore as much humanity as I can squeeze into a thousand-word post each day.

So, what would I do differently with a larger audience?

62 thoughts on “The Calm Before the Storm”