53 Comments
By Matt Being Human, Divorce, Life, Marriage, Parenting, Stuff I Need Help With, Stuff I Want to Help Others With 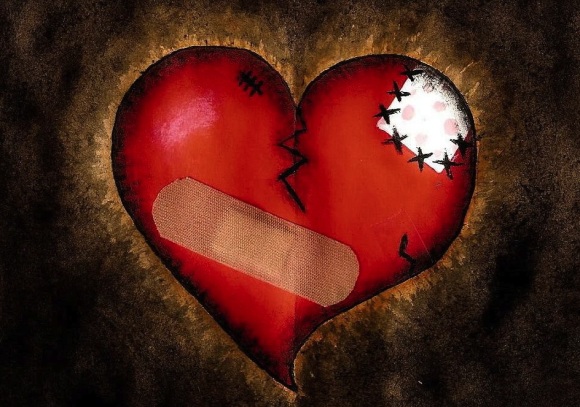 Sarah was just a child when she lost her big sister.

A gorgeous 17-year-old. Stricken with cancer. Died in her bedroom in her father’s arms.

I’ll never forget it because it was my first funeral.

Second grade. Sarah was 8. I would turn 8 a couple weeks later.

Sarah watched her parents lose their first born. And she watched her four younger siblings struggle to make sense of it all.

Thrust involuntarily into the eldest-sibling role, she was forged in pain. In loss. From some of her earliest memories.

Now, Sarah’s a mom. She gave birth to two children. And after learning she would never bear children again, she and her husband adopted a child in 2010. Not two weeks old.

He was a beloved member of their family before he even got there. A brother to an adoring big sister and big brother. And the pride of two parents who felt immeasurable joy being able to love and raise another child.

But Baby M’s birth mother lied when going through the adoption process. Hiding the identity of the birth father.

The birth father discovered he had a son and eventually filed for custody of Baby M.

The court had to choose between a biological parent whom the child had never met, and a loving family who had raised Baby M for more than two years—his entire life.

The judge awarded custody to the birth father in a case that set legal precedent in their state of residence.

She watched her husband crumble under the weight of it all.

And she watched her baby get taken away, and handed to someone else.

She watched her son—who doesn’t remember her as his mom—open presents. Play. And do all of the things she must imagine him doing in her quiet moments of reflection.

And then, at the end of the evening, she had to crouch down in front of him. Say goodbye. And hope that she’ll get to see him again next year.

I don’t have many friends that I’ve known longer than Sarah. I certainly don’t have any I respect and admire more.

As such, we have a close relationship, where we talk about all of the messy stuff.

All the stuff that really hurts.

The first thing to go is your breathing.

What you do reflexively about 15 times every minute of your life becomes work.

The chest and stomach respond accordingly. Tightening. Unforgiving. A reminder of our weakness.

Our muscles tense. Our heads ache. Our eyes water.

Not in pieces like we watched in cartoons back when life was simple.

Then we break down.

When it hurts too much.

Then We Reach Out

Because that’s what people do. We connect.

To not feel alone. To not be alone.

The most tried-and-true forms of therapy since the dawn of the mental health profession.

Sarah and I reach out to one another when it hurts.

And that’s when it always hits me.

I’m crying about losing my son 50 percent of the time.

But she has LOST her son. Someone took him away. Forever.

But she has had it so much worse. And now divorce may be on the table for her, too.

I’m crying about financial concerns as I continue my adjustment to my one-income life.

But the legal fight for their son wiped them out completely.

Sarah would NEVER try to one-up your story. That’s not who she is. But she can always do you one better.

Sometimes I realize the absurdity of my whining relative to all she has been through.

And that’s when she stops me. Because she really dislikes that.

“It makes me sad when my friends minimize their troubles or pain because they think mine are greater,” she said. “There is no need for that. I don’t hold the monopoly on pain.”

And while she’s being noble and selfless, she’s also, just, right.

Your Pains Are Yours

I’ve never lived in a place without running water before.

So it was hard for me last week when my pipes were frozen and I had to go a couple days without indoor plumbing at home.

It is frustrating when you’re without electricity for a long time.

It is challenging to not have internet access in 2014.

When that’s all you know.

You just broke up with your girlfriend? Your dog needs surgery? You have expensive car repairs?

Your pains and fears are real. And it’s okay to hurt. And the people that love you will invite you to talk about those things and not trivialize them.

Sarah’s so tough, I could go on a weekend Vegas bender courtesy of her credit card and it would only be the 27th shittiest thing that’s happened to her in the past few months.

Beloved celebrities. Adored by the masses. Had all the financial resources in the world.

How is it even remotely possible for their lives to suck?

Yet, they sucked. So much so that these people took their own lives because being dead sounded better than feeling hurt all the time.

Everybody hurts. In their own ways.

I broke after my divorce.

Now what am I supposed to do with my life?

Who will want to date me?

How will I trust again?

I miss my son.

This house is so quiet.

The empty bed, so cold.

Who do I want to be?

Am I strong enough?

When will this go away?

The shit hits. You have to eat a bunch of it. And then you make your next move.

Then one day you wake up and the bed isn’t so cold anymore. The right person will show up.

You find purpose in other things.

You give all the love you can to your child during those precious moments together.

And then you cry less.

Or maybe not at all.

You find your smile again.

Find joy in the little things once more.