44 Comments
By Matthew Fray Being Human, Divorce, Random, Stuff I Need Help With 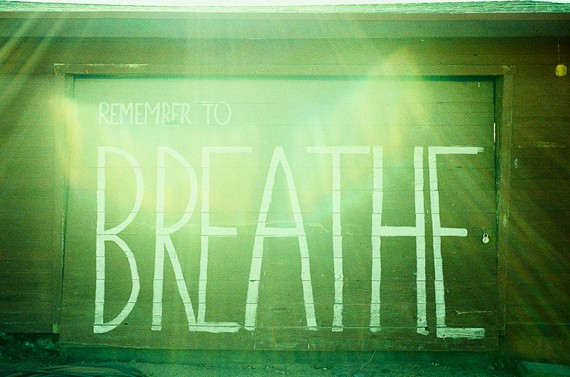 Chest heaving, tears running down my face, the words pour out of me.

I couldn’t hold them in if I wanted to.

I recently revisited Charles Bukowski’s brilliant “So you want to be a writer?”

“if it doesn’t come bursting out of you in spite of everything, don’t do it.

unless it comes unasked out of your heart and your mind and your mouth and your gut, don’t do it.

if you have to sit for hours staring at your computer screen or hunched over your typewriter searching for words, don’t do it.

if you’re doing it for money or fame, don’t do it.

if you’re doing it because you want women in your bed, don’t do it.

if you have to sit there and rewrite it again and again, don’t do it.

if it’s hard work just thinking about doing it, don’t do it.

if you’re trying to write like somebody else, forget about it.”

After some more awesome in the middle, he finishes with…

“when it is truly time,

and if you have been chosen,

it will do it by

itself and it will keep on doing it

until you die or it dies in you.

there is no other way.

and there never was.”

I want to be a writer.

And that doesn’t mean I just want to spew a bunch of words onto your screen.

It means I want to help you feel something.

Not sadness. Not anger. Not fear.

Even though I appreciate people’s empathy.

This entire process has been a journey of healing. Of self discovery. The pursuit of happiness.

And that’s all coming back. It’s working.

As the dark clouds of divorce dissipate, I sometimes get a glimpse of tomorrow.

And that’s all well and good. It’s what I’ve wanted more than anything for more than two years.

But there’s a casualty.

Because life after divorce is my muse. Fear, anger and sadness—my fuel.

And things are better now.

My life has improved.

So, naturally, I’ve created a new problem for myself.

Shit. Now what do I write?

And now I sometimes don’t know what to say. I wrote about Subway the other day, for God’s sake. I don’t particularly like Subway. But that’s what I’ve been reduced to.

That can’t be who I am. The guy who writes about Subway. I don’t want to be him.

My rule has always been: Write what’s on my mind. And when important human stuff—the inside stuff; the stuff that really matters—is at the forefront of everything I do and feel, that’s a good thing.

But I can’t be forcing it like that Subway post. That’s what me forcing it looks like. The sort of thing that makes Bukowski turn in his grave.

They’ll be for kindred spirits.

People who want to feel.

People who want to think.

People who want to grow.

People who don’t want to settle. People who believe there’s more to life than this. That pain and anger and sadness will not define our futures.

That’s what this is supposed to be about.

But mostly this needs to be about taking an honest look at ourselves. And asking the difficult questions. And taking responsibility for the choices we’ve made that brought us here. And making promises to ourselves to make better choices today because tomorrow doesn’t have to be like yesterday.

We don’t have to hurt. Or be afraid.

I’m scared every day of running out of things to say. Of disappointing someone.

Or worse, not mattering at all.

The Blogosphere and Self-Doubt

The longer I do this, the more I notice.

I see the writers doing what I want to do. Being who I want to be. Geniuses. Artists.

The keyboard, their microphone.

The internet, their stage.

Am I good enough? To play in the same game?

My personal insecurities about my real life poisoning my happy place.

If my son’s mother won’t keep me, who will have me?

How will I meet people? When? Ever?

Where did all my confidence go? I know I used to have a bunch laying around here somewhere.

I’m not an artist. I just get mistaken for one by people with liberal definitions of what that word means.

I’ve been afraid of this for a while. I’ve written about it before. Writer’s block. But those fears have surfaced again, stronger and harder than before, as sadness and anger have given way to new fears and anxieties.

You see, I’m not afraid to hit ‘Publish’ when my sadness outweighs my fear. When my anger is more pronounced than my anxiety.

In fact, I can hardly help it. Writing just happens.

Maybe I can overcome them.

The fears. The insecurities.

Maybe I can shed them completely.

Or maybe I can tap into them for fuel once again.

Because the mind is extraordinarily powerful.

I still feel it sometimes. The pain.

I still feel it when my young son wants me to stand at the window and wave goodbye to what used to be my entire world driving away in the opposite direction.

I still feel it when I drive by the hospital where my wife met the man she was with when she left.

I still feel it when I conjure up these moments.

I wish you could feel it, too. If only for a moment.

Horribleness on demand. Only muted.

A surge of anger where there used to be rage.

A tinge of sadness where there used to be breakdowns.

That’s when I forget to breathe.

Then just a bit more.

To keep those dark clouds moving.

Isn’t that where inspiration lives?

Isn’t that where real stories live?

Then just a bit more.