20 Comments
By Matt Being Human, Stuff I Need Help With, Stuff I Want to Help Others With 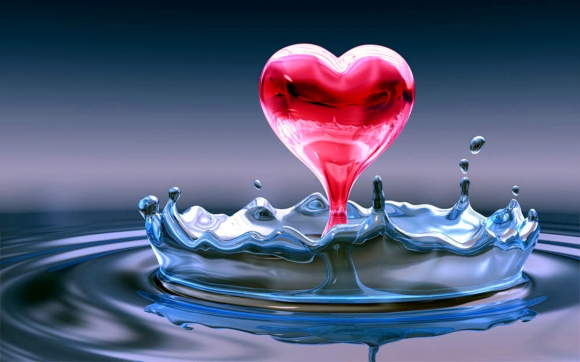 Even holed up in a hospital bed for the first time since 1970, my father was still sympathetic to my not having running water for about 48 hours.

“Remember that big high-wind storm that hit a couple years ago? We lost both power and water for a few days,” he said. “When nothing is working, you realize pretty quick what you really need. And it’s not power.”

While having electricity certainly eased my time “roughing it” without functioning indoor plumbing, it became abundantly clear within the first couple hours without running water just how much I use it, and just how much I had always taken it for granted.

Things you can’t do (easily) without running water

Not to put too fine a point on it, but there is an excessive amount of yellow snow outside in my backyard right now.

“Oh yeah!? Well how else am I supposed to write my name really big in the backyard!?!?”

A nice old man in very fashionable rubber yellow wading boots from the city’s water utility department showed up at my house around 7 p.m. to help me troubleshoot.

Using the skills of a man destined to live at least three months in a survival situation, I plugged in a space heater and pointed it directly at the potable water entry point in my basement.

I opened a couple faucets and sat down at the computer.

Around 10 p.m., it happened. The beautiful sound of running water.

I bound down the basement stairs to see whether I had a burst pipe. Nope.

And then, aided by pints of beer, I joyously yelled: “WATER!!!” And did one of these little numbers:

I took a photo of one of my faucets running and texted it to a few people.

I love my iPhone.

I love working at the computer.

I love light bulbs and high-definition television and cold beer.

But after filling up my toilets and backyard with unflushed pee. After looking at a couple gross dishes in the sink. After cleaning myself, washing my hair, shaving and brushing my teeth with bottled water the previous two mornings, I realized just how much I love access to sanitary water.

Like tiny little miracles we don’t realize are miracles.

The Thing About Water

I was in Washington DC attending a technical conference on plastic pipe manufacturing about five years ago. Standing outside in the courtyard of the Omni Shoreham Hotel one evening, surrounded by dozens of mingling people, I found myself face-to-face with Jean-Michel Cousteau—the eldest son of famed ocean explorer Jacques Cousteau.

Jean-Michel looks a little bit like The Most-Interesting Man in the World. And as a filmmaker, explorer, and son of Jacques Cousteau, I do imagine his life has been incredibly interesting. So, the shoe fits.

I don’t always pee outside in the snow. But when I do, I write my name. 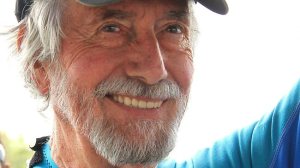 I don’t always have dads. But when I do, they’re total badasses like Jacques Cousteau.

I identified myself as a reporter but assured him I wouldn’t be quoting him as I didn’t have a notebook handy and I was already several drinks into finding my inner-awesome.

But there was no amount of drinking that could ever erase the key takeaways from my—I don’t know—maybe 15-minute conversation with Jean-Michel.

The man had been EVERYWHERE on the planet. He had seen it all. Done everything on every person’s collective bucket list.

And in the end, the thing he was most passionate about was helping people living in impoverished conditions gain access to sanitary water.

Every day, 1,600 children DIE because they got sick from contaminated water OR because they had no access to clean water.

That’s more than one child dying every minute.

It took my breath away, trying to process the gravity of that.

All because they can’t turn a faucet two inches and get water like I’ve been able to all but two days of my entire life.

If you don’t have water, everyone gets sick and dies. You can’t grow food. You can’t wash stuff. And you send the wives and daughters to go fetch some every day. Young girls drop out of school because they don’t have time to fetch water AND learn. Literacy rates drop. Communities and economies suffer because people are sick AND uneducated.

An endless cycle of horribleness.

Groundwater is in most places. Even in Africa and India where this water problem is particularly troubling. Depending on geologic conditions, the water can be reached by digging as shallow as 50 feet. Sometimes, you must dig hundreds of feet to procure sustainable, clean water. Regardless of the depth, we have the technology to get there. More and more people are joining the cause all the time.

Jean-Michel could rattle off statistic after statistic about how much better the world could be if all people had access to clean drinking water. Not even five faucet choices like I have. Just a place nearby where they can get water.

He was slated to be the conference’s keynote speaker the following morning.

And he did a magnificent job making the case for people to care about this.

I’m so guilty of being self-centered. Thinking about my own problems. Feeling sorry for myself because I don’t have as much of this or that as I sometimes wish I did.

Because I want to be mindful of just how ridiculously blessed my life is. All the time. Every second.

You’re reading this on the internet right now. Which means your life is ridiculously blessed, too.

Indoor plumbing! Running water! You were so dearly missed.

It is so great to have you back. I can finally take a piss.

The crappy weather’s ending. For at least a little bit.

Fat Tire Amber Ale is perfect for getting lit.

I was drinking lots of beer. And not washing my pans.

The bottled-water bathing was better than nothing.

And the pee inside my unflushed toilet made a lovely ring.

Don’t mind the yellow snow. Sometimes I can be thick.

A not-so-nice John Hancock I was writing with my…

Dickens, I am not. Nor will I ever be.

A poem about indoor plumbing. Beer. And lots of pee.

Who is this master poet? How ever will we know?

A visit to Ohio? To read the yellow snow?

It’s just an ode to water. The toilets are now swirled.

Hydrogen. Oxygen. The Most Interesting Man in the World. 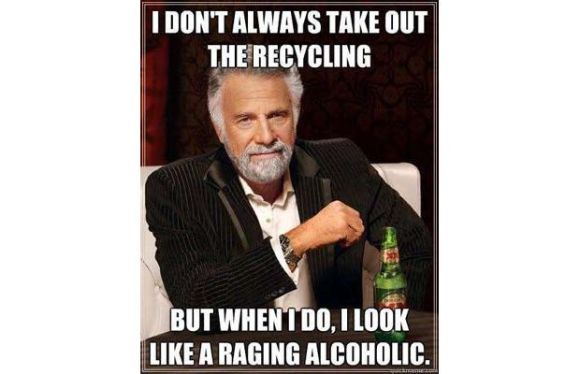