29 Comments
By Matthew Fray Being Human, Random, Stuff I Want to Help Others With 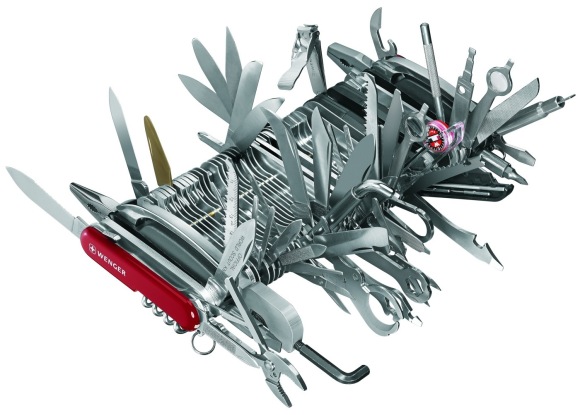 Just when I thought I’d wrapped up my blogging-about-blogging, Lara at Time is of the Essence had to go and be sweet and nominate me for something else. Thank you, Lara. You’re EXACTLY who I would nominate for this as well, because you dance from subject to subject as comfortably as I do.

Unlike my undeserved nomination for Most Influential Blogger, I humbly and gratefully accept this one.

I’m far from influential in all of the ways in which I measure influence.

But one thing I am—is versatile.

Versatile. It’s an adjective. It means “able to adapt or be adapted to many different functions or activities.”

And I am very much that. Both in life. And in this digital format.

I also type too much. Let’s be honest. Any editor worth her salt would chop the living shit out of most of my wordy posts to make them lean and punchy. Tighter is brighter. Yet, I do enjoy immensely the freedom I have here to write as much as I want. I’m wordy. I say more than I need to. It’s how I roll. And some of you won’t even punish me for the crime. You’ll just read and read and read and read, thinking: What in the hell is this guy doing now, and why am I reading it? But you’ll just do it anyway because you’re not sure what I might say next.

I might say “penis lesion.” Or “elbow fat.” Or “armpit hair.” And there is something interesting and amusing about unexpected things, even if they are pointless and immature.

I do pride myself on versatility. In life, I get along fine in a room full of drunk Neanderthals watching football, telling off-color jokes and ogling women, and I can also hold my own at a formal sit-down wearing a suit and tie and discussing politics or business or the culinary arts while being well-mannered.

But this is about writing. And while I have never set out to be “versatile,” per se, I do think I’ve managed to pull it off. Even if it is a little lowbrow sometimes.

I write about trees.

I did that once. I wrote about a tree. It’s just barely hanging onto its leaves now. Remnants of a once-perfect autumn day, and a reminder that everything is cyclical and always in motion and always evolving and growing and changing. A reminder to be hopeful of more beautiful days to come when the birds will chirp and the trees will blossom. To slow down once in a while to take mental snapshots of life’s perfect little moments. Just like that day when a simple tree was being amazing.

I write about emo stuff.

I’m always crying and complaining about divorce. It’s because it’s REALLY hard, though. I write about being sad. About being angry. About missing my five-year-old son the 50 percent of the time when he isn’t home. About lost and broken relationships. About the memories that haunt me—both good and bad. Some of you even cry sometimes when you read it, you’ve said. I wish you wouldn’t, though.

I write about being hopeful and blah blibiddy blah blah.

And I’m serious when I do.

Being a human being is hard. Really hard. And this isn’t something we know when we’re children. So, one day, life mugs us as adults when we least expect it. And it steals our innocence. And it totally wrecks us.

The rest of our lives are then dictated by the choices we make once we lose that little fire within us we all had as children before the world convinced us we could no longer do or be whatever we wanted.

And I’m not trying to say we can all do or be anything we want. We can’t all be video game testers, or trust fund babies, or beachfront pizza shop owners, or professional athletes, or movie stars or successful novelists.

Get rich slowly. Get healthy slowly. Get mentally, physically, and spiritually fit slowly.

Then one day, you’ll be ready.

To be great. To change the world.

I write about random things from my past.

Sometimes, it’s because I’m thinking about them.

And other times, it’s because I think they offer insight into who and what and why I am. I don’t do that because I think I’m important. I swear. I do that because anyone who follows along and pieces it all together may have an epiphany one day: Oh yeah! That’s why Matt does X, Y and Z. Now maybe if I do all of those good things and avoid all of those stupid things, my life can be happy and fulfilling and matter to a bunch of people.

I’m just a guy willing to write it down. And maybe there’s someone out there who can learn some kind of lesson from it that will help them experience just a little less pain, and just a little more joy.

You get the idea. I write about a lot of stuff. Two days ago, I called it “spazzy” and “schizophrenic.” But “versatile” has a much nicer ring to it.

As part of this nomination, I’m supposed to tell you seven random facts about me.

I’ll try to tell you things you couldn’t possibly know from reading this blog.

1. I have longer eyelashes than most human beings. The ends rub my reading glasses and sunglasses. I don’t love it. Women historically like them, though. Some have even wondered whether their length indicates I have an enormous penis. Like, duh! *HUGE eye roll*

3. I’ve had two guitars—a gorgeous red and white Fender Stratocaster with a Floyd Rose tremolo, as well as an acoustic, a really nice Remo drum set, a piano, and I LOVE music. And I can’t play one freaking thing. Not a thing! And I sing even shittier. It’s really awful. My mother is an excellent vocalist. Didn’t make the genetic code.

4. In 1990, when I was 10 years old, I was in a Hills department store. I was looking at toys and video games. There was a box. And those little pieces of paper you can fill out to win a prize. It was for the Teenage Mutant Ninja Turtles arcade machine—easily one of the three best arcade games I had ever played as a child. One random night at home, the phone rang. Some woman asked for me. It was Hills. Of all the kids in 12 states shopping in more than 200 stores—presumably hundreds of thousands of entries, they’d pulled my name. I won an arcade machine. I sold it to a bar owner for $1,200. But I wish I’d kept the game.

5. I was obsessed with The Hardy Boys novels growing up. And I totally wanted to bed Nancy Drew, who sometimes would cross paths with Frank and Joe Hardy. I only wrote that so you’d think I was manly for five seconds before telling you that I also read a Sweet Valley Twins novel once in grade school and totally liked it.

6. You know that nasty white giblet attached to egg yolks that looks a little too much like semen when you first crack eggs open? I always scoop that shit out with my egg shells. Gross! However, I still eat eggs at restaurants knowing there’s no chance in hell they took the time to remove the semen surprise. Gross!

7. I was a business major my freshman year of college before switching to communication my sophomore year. I smoked EPIC amounts of marijuana and partied a lot in college, particularly during the early years. As a business major, I was required to take an Intro to Computing class, where all we did was learn the fundamentals of Microsoft Word, Excel and PowerPoint. I failed it my first semester after I stopped going to the class about halfway through the Excel segment. First class I’d ever failed in my entire life. Intro to Computing. No problem, though! One of the beautiful parts of college is they let you retake classes. And when you retake them, you can get a good grade. And that good grade will REPLACE the grade you got the first time. You can literally turn an F into an A. Like a miracle. Like an expensive miracle. Okay, Matt. You can do this! You can pass Intro to Computing. All you have to do is actually go to the class once in a while and turn in about 75 percent of the work being asked of you. If you apply yourself, you might even get an A or a B! After all, you use these programs all the time!

I kept smoking pot and drinking every day and failed the class my second semester too. True story.

I’m supposed to nominate 15 bloggers for this award. I’m not happy about this, Lara.

But I’m going to do it anyway, because that’s what adulthood has taught me to do, post failing the same super-easy computer class two semesters in a row.

Here are 15 blogs I consider to be versatile. Wonderful and versatile. I hope you’ll check them out.

The Adventures of Fanny P.

She’s a super-funny mom living in Italy (I think!) and telling stories.

No one writes and posts as often as this cat.

Gill Andrews reads and writes in four and a half languages. Amazing.

The Marmot in My Head

This guy and I aren’t so different.

A Map of California

Topics are all over the map. Pun intended. Versatile.

Rantings of an Amateur Chef

WARNING: Adult content, yo. She writes erotica. I haven’t read any. (Seriously!) She’s not offended. But she also writes real-life stuff. Human stuff. And that, my friends, makes her versatile.

This guy is an outstanding thinker. Sometimes too smart for me. Which is, I’m guessing, exactly where he wants to be.

Drifting Through My Open Mind

She loves music. She’s a wife and mother. She’s smart and funny. And she tells a really good human story. One of my favorite new people (defined as a new reader, and someone I only recently started reading.)

This lady is like a wiser, tougher, more foul-mouthed version of me. Telling real-life stories in an effort to grow and help others do the same.

While I’ve been super-flattered to be nominated by fellow writers for these awards this week, I’m simultaneously frustrated by my inability to do this in turn to everyone who deserves it.

I appreciate, beyond my ability to describe, that you listen. That you actually read this shit and care.

I pray that I have the ability to pay back all of the kindness, thoughtfulness, attention, and everything else that has been thrown my way these past four or five months of posting here.