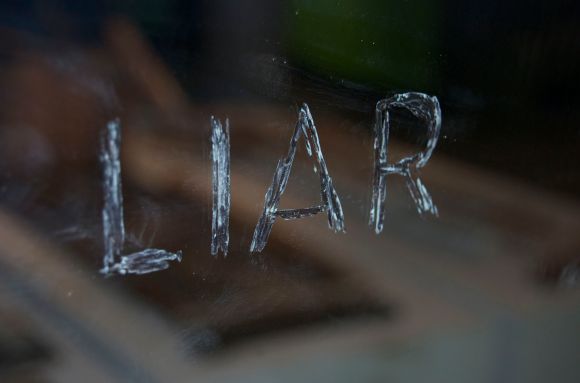 The truth will set you free. It’s a figure of speech because it’s true. Try it.

I don’t know him.

He recently started dating a girl.

And I know her well enough to care how it turns out.

There are two possibilities with him:

So, the only thing I know for sure is that he’s a penis.

I’ve never met him, so it’s hard to have a good read. But here’s what I know:

Fact #2 – He makes plans with his girlfriend for long holiday weekends, then disappears with no explanation, not responding to phone calls or text messages for extended lengths of time.

Which means he’s either totally thoughtless and a HORRIBLE communicator which could have been a factor in two failed marriages and would brand him a very slow learner.

Because I know that he’s smart and successful professionally, I have to lean toward the latter.

And that makes me sad for my friend who—at the very least—deserves honesty from the dude in her life because she’s smart enough and tough enough to handle it.

Hate the Player and the Game

It’s 2013. The days of moral boundaries and super-conservative women are almost completely in the rearview. If you want to be a man whore, you can do so honestly and openly with very little negative backlash. In fact, some women actually want to sample your little herped-up wiener for reasons I can’t fully understand.

You can be honest and upfront about your intentions and still get laid, so long as you’re not me.

I don’t get it. And I’m reasonably smart.

I get why people do drugs. They make you feel awesome.

I get why people drink too much. It makes you feel awesome.

I get why people have dangerous unprotected sex with strangers. It feels awesome.

But lying? Making things up—for what?—so you can sleep with someone a few times? Someone you don’t even care about?

Am I in the minority here for thinking this sounds absolutely ridiculous and dissatisfying?

Maybe I’m a weird guy. Maybe I’m the dumb one. Maybe all the dudes out there lying to get women into bed and apparently feeling fine about it are the ones that have it all figured out.

And maybe the guy sitting in front of a computer screen alone on the Sunday night before Labor Day is clearly the clueless asshole.

I can see how one might come to that conclusion.

Someone smarter than I am is going to have to explain it to me.

Both the part where women eat this stuff up, and where men have identified this as the ideal way to live.

The whole thing is exhausting.

Ladies. Honestly. Get your shit together.

If you’re just trying to get a piece, more power to you. There’s not a thing weird or wrong about that, so long as you’re not cheating nor have a moral code that suggests you behave differently.

But if you’re looking for love?

And you’re someone who always seems to date men who shit on you?

It might be time to consider that you’re just bad at evaluating character. Try something else. Something safe! Like Craigslist! (Kidding.)

Dudes. Sleep with anyone and everyone you want. Forever. Until your penis itches and lesions start growing on it. Go nuts! Just don’t con women in order to do it. Be honest about your intentions. You’ll still find someone who wants to have sex with you. I know this because you’re kind of a dick, and you’re not me, which makes it, like, 97.4-percent certain you’re getting some.

But probably not if you tell her about the penis lesions.

5 thoughts on “The Liar, Liar, Pants on Fire Routine”