Confessions from my Past: A Playground Story 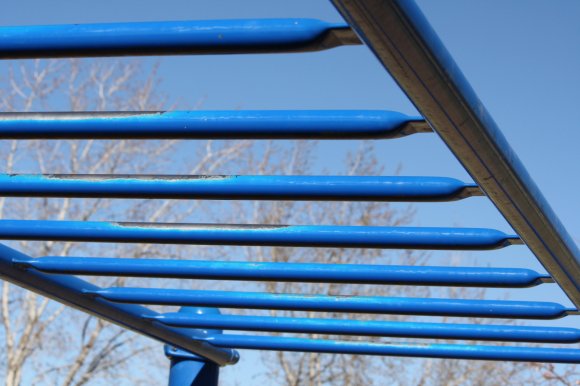 I was standing by the monkey bars in 1985 when I hatched a devious plan to impress some girls at the expense of a guy who deserved better.

When I was in first grade, I embarrassed a kid who didn’t deserve it because I was trying to impress some girls.

He was a nice guy, too. His name is Steve.

I saw him outside of my dorm building one random night during a late-night fire drill my freshman year of college. I was a little drunk and high. He was in town visiting some other guys I’d graduated high school with but mostly ignored during college.

I probably should have apologized to him then because I’m unlikely to ever see him again.

There was a group of girls sitting on some steps on the southwest corner of our Catholic school playground. They were playing with dolls. Maybe Barbie. Maybe Strawberry Shortcake. Maybe My Little Pony.

I just knew if I could talk this kid into ruining their fun, only to have me step in chivalrously and save the day, I would win their affection.

So that’s what I did. I convinced him to go be a little douchenozzle and interrupt their fun. Steve wasn’t in on my master plan to impress the ladies. He was merely a pawn in my playground chess game.

He ran over and knocked their toys over.

I stepped in, as planned, and pulled him out of there, admonishing him for his behavior and apologizing to the girls for the intrusion.

Apparently, Steve had never heard the story of The Boy Who Cried Wolf.

Because when I asked him to do it one more time, Steve obliged.

And once again, I was the hero.

The details are sketchy after this.

I don’t remember how Steve reacted. I only know I didn’t ask a third time.

I don’t remember whether the girls were impressed. I only know I didn’t get a first-grade girlfriend.

And I don’t remember how I felt about my decision to take advantage of someone who apparently didn’t know better.

Was I proud of my evil scheme?

Did I feel some semblance of remorse afterward?

My guess is Steve doesn’t remember this incident at all. I’m quite certain the girls never fawned over me for my heroic acts.

My son starts kindergarten in a few weeks. And he’s going to start building these same kind of memories.

I pray as his father that I can help him construct memories that he can be proud of. That he has the courage to be an advocate for the playground kids on the fringe. The ones getting picked last in kickball. The ones naïve enough to find themselves being taken advantage of. The ones being bullied.

In between the playground incident and that night I was stoned and drinking outside my dorm room, Steve and I had some good times. I hope whatever friendship I displayed during that period made up for that day on the playground. And for all the years I haven’t talked to him since that night in college.

Steve served our country honorably in the U.S. Navy. I think he spent a bunch of time on submarines—something I’d be entirely too chicken shit to sign up for.

Steve is brave. Strong. A patriot.

And I hope my son will one day display some of those outstanding qualities.

But if my little man does choose to participate in some playground shenanigans before then, I hope he at least gets a grade-school girlfriend out of the deal.